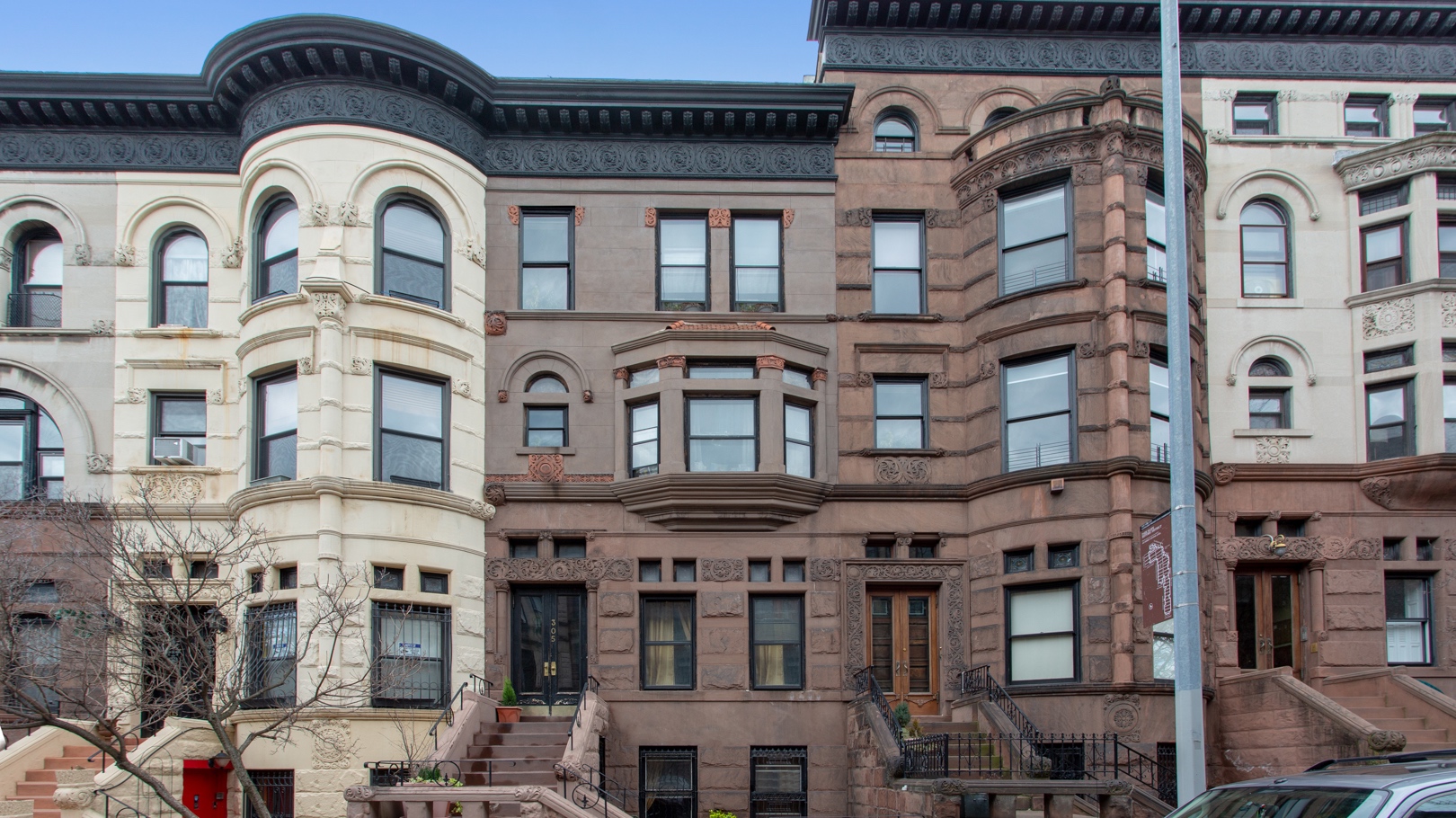 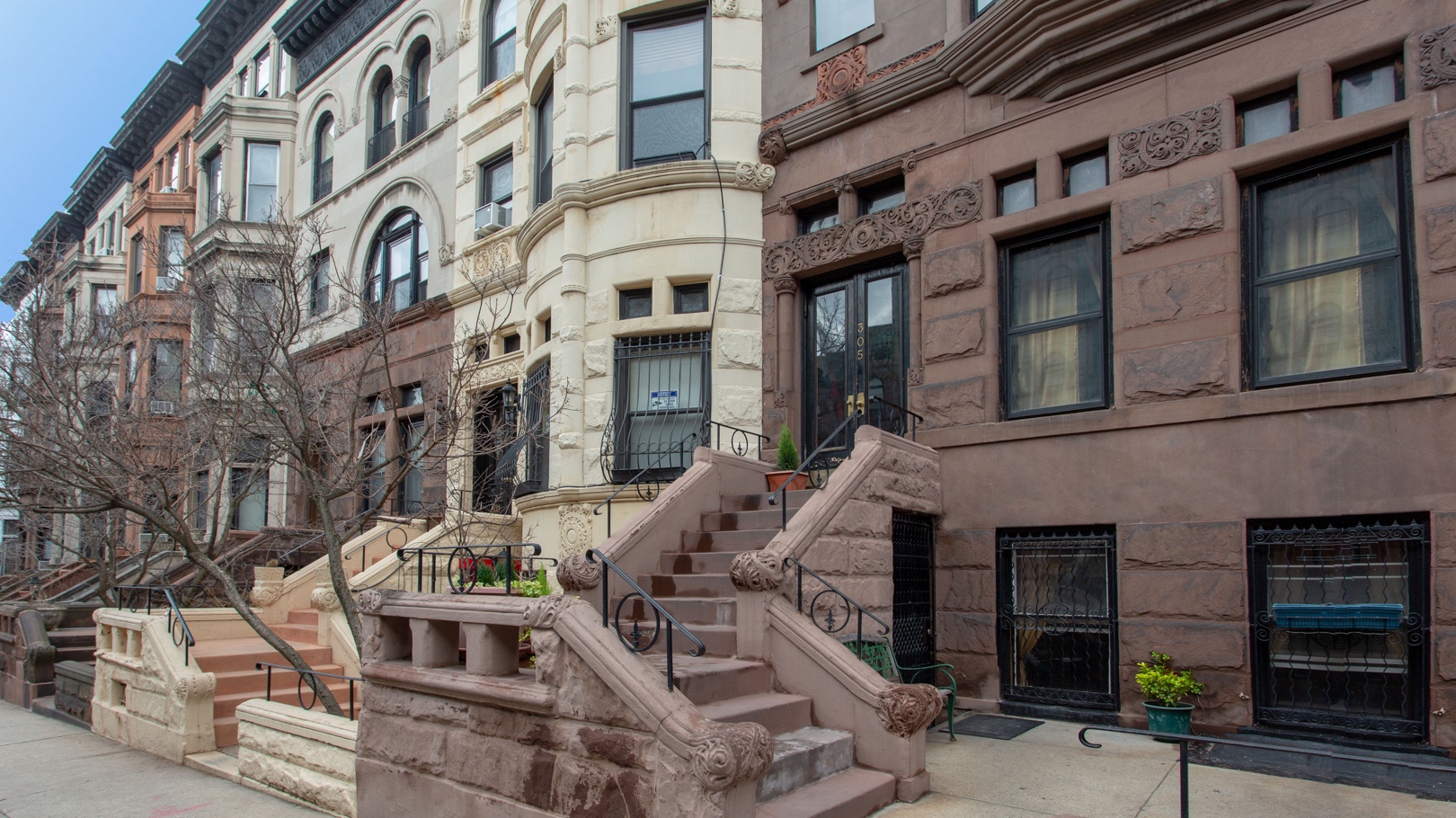 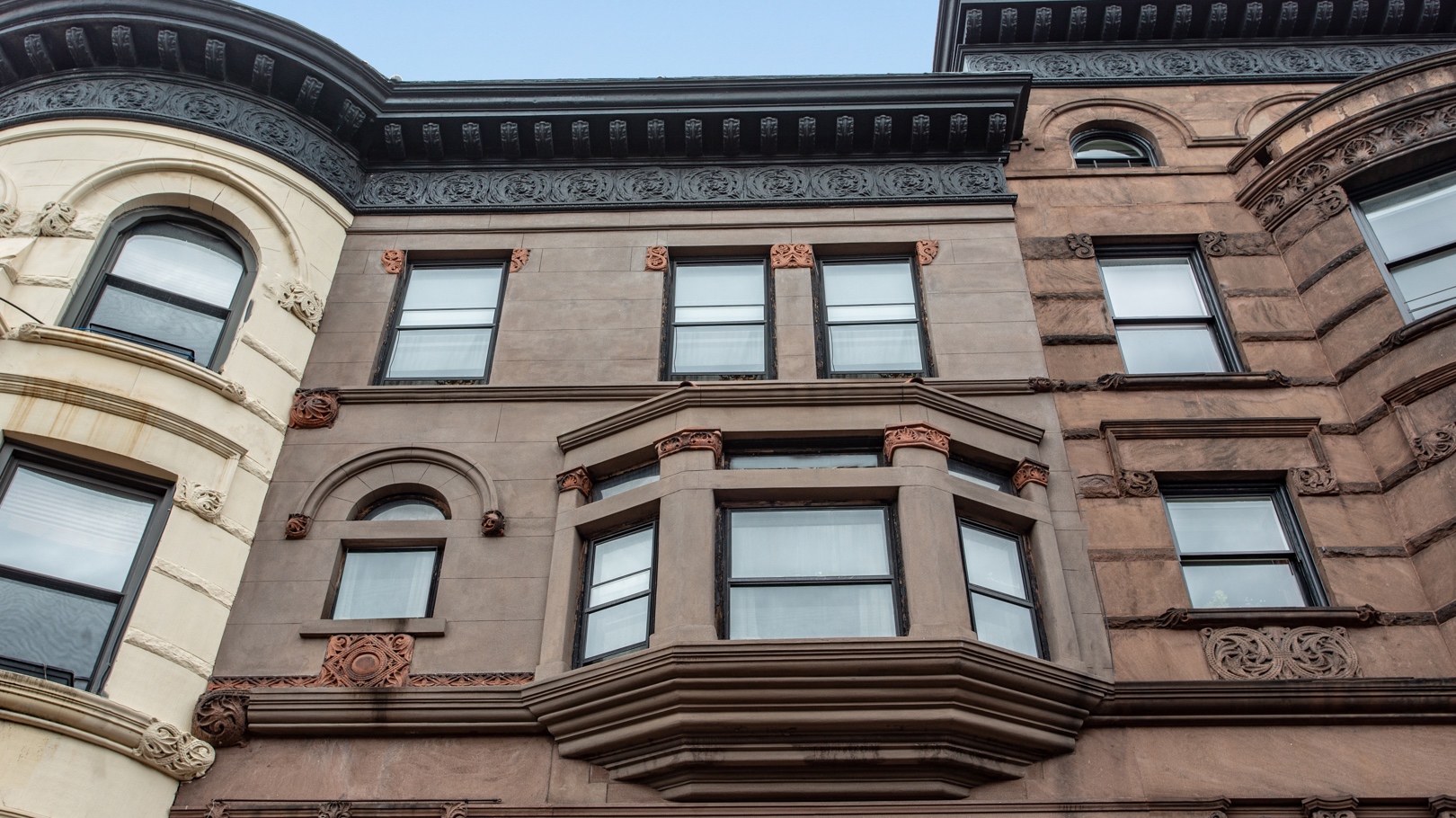 A blank canvas for your vision, this grand four-level multi-family brownstone awaits your loving restoration to its original splendor. Ideally suited for a luxury condominium conversion, potential configurations include four floorthrough units, a double duplex, a lower duplex plus two upper apartments, or a triplex over a garden apartment. The property can also be returned to a magnificent single family residence by a savvy investor or end-user. Original details include rich mahogany woodwork, moldings, wainscoting, stained glass transoms, and ornamental mantelpieces, and there are hardwood floors and ample storage throughout.

The garden level, with its own private entrance, houses a kitchen, dining room, powder room, and laundry room. The eat-in kitchen has been updated with a breakfast bar, newer appliances (including a stainless steel six-burner range with a Viking hood and a Bosch dishwasher), and granite countertops, and the banquet-size dining room is adorned with wainscoting, a decorative mantle, and built-in cabinets. The garden, accessed through the laundry room, is primed to be reimagined into a peaceful urban oasis.

An L-shaped stoop ascends to the parlor level where there is an entry foyer and an expansive double parlor and an oversize full bath. The cavernous front living room offers full-height south-facing windows with stained glass transom, and the rear living room, separated by solid wood doors, is impressive in scale, as well.

The second level consists of two king-size bedrooms and a full bath including a spacious front bedroom with triple bay windows with stained glass transom and a decorative mantle along with a nook and a dressing area. The second bedroom is also sizable and has two oversize windows and a decorative fireplace. The top level has four bedrooms and a bathroom. Two of the bedrooms are generous in size and have decorative fireplaces, and there are two compact bedrooms.

Nestled on one of Park Slope's premier landmarked park blocks, the property is just steps from Prospect Park and is also close to the conveniences of 7th Avenue along with Grand Army Plaza and multiple transportation lines. Currently zoned for PS 321. Shown by appointment only. 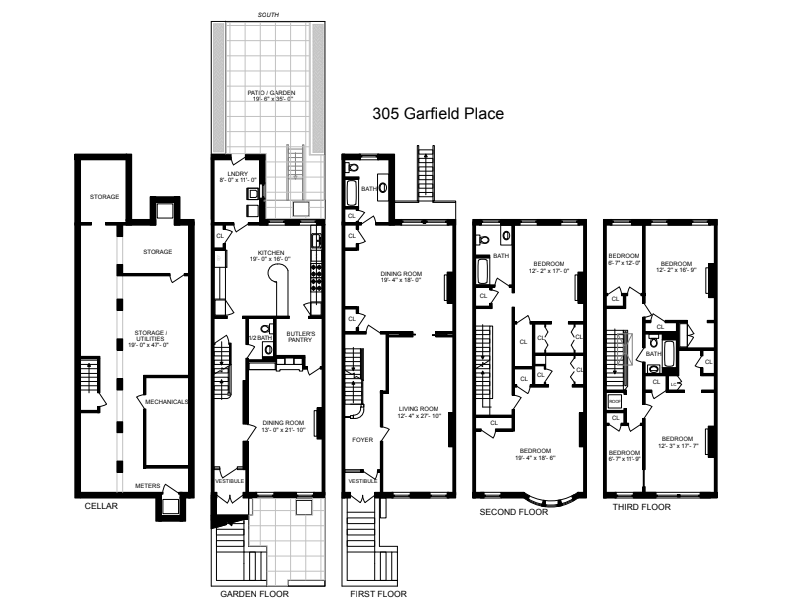