Where to Dine in NYC on Christmas Day

Going to a Chinese restaurant is a New York tradition for those who don’t celebrate Christmas—or even those who do—but if you’re looking to switch things up, here are some alternatives.

Keep in mind, on holidays each restaurant typically offers a prix fixe or limited menu. It’s a good idea, and typically a requirement, to make reservations at these spots. And do call ahead in case their schedules or menus change.

Named for 1930s starlet and civil rights activist Josephine Baker, Chez Josephine captures the ambiance of 1930s Paris, where she once graced the stage and screen. Catch live entertainment against the backdrop of red velvet walls accented with vintage portraits, while indulging in French-American fare. They offer special holiday menus on both Christmas Eve and Christmas Day.

For a higher-end experience, treat your family to a four-course Italian Christmas dinner at the chic Marea. If you’re craving fresh seafood, decadent pasta and a carefully curated wine list followed by a leisurely walk through Central Park, this is the place to be.

Aside from the tasty dishes and artistic plating, Ferris is a cool spot because you can watch the chefs prepare your meal. The New American menu focuses on seasonal fare and the cocktail menu is definitely worth trying. They also offer a special Christmas menu.

On both Christmas Eve and Christmas Day, Red Rooster Harlem offers special menus and family-style prix fixe options. From cornbread with pumpkin butter to jerk shortrib and everything in between, the comfort food options are ideal for a cool winter’s night.

There are two ways to savor the flavors of Antica Pesa—head to their original location in Rome, which they opened in 1922, or visit their Williamsburg outpost, a local favorite since 2012. Select from their classic dishes as well as a special menu for each course. Three seatings are available on Christmas Eve and Christmas Day. 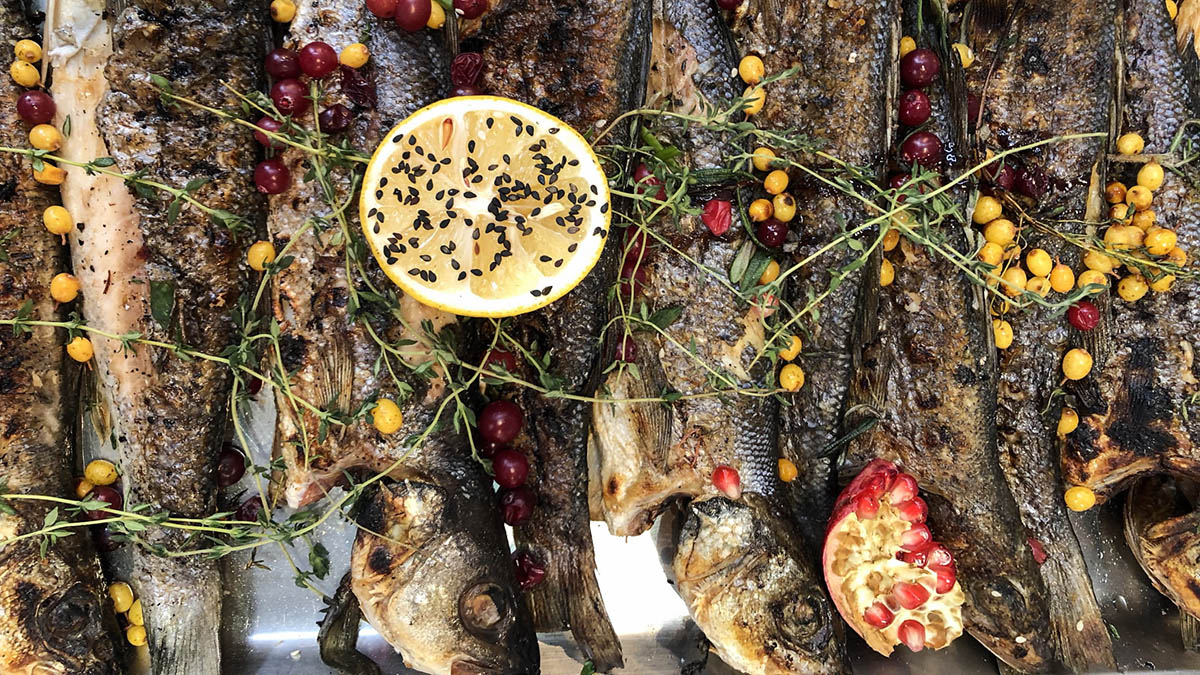 For another Italian option, head to Hearth in the East Village on December 24 to indulge in a fabulous Feast of the Seven Fishes. The hearty, market-driven four-course prix fixe menu with optional wine pairing is available throughout the evening.

Craving mouthwatering meat and seafood and seasonal vegetables in a quaint townhouse setting? David Burke Tavern is calling your name. They’re offering a sizable three-course prix fixe menu complete with options for all types of eaters.

Todd English at The Plaza

If you’re looking to celebrate the holidays Kevin McCallister style, The Plaza has a Home Alone travel package (seriously!). But if you’re looking for the next best thing, you can still head to The Plaza and dine at Todd English on Christmas Eve or Christmas Day. Though the menu isn’t too big, the Chestnut Lobster Bisque and Traditional Christmas Pudding are enough to draw us in. 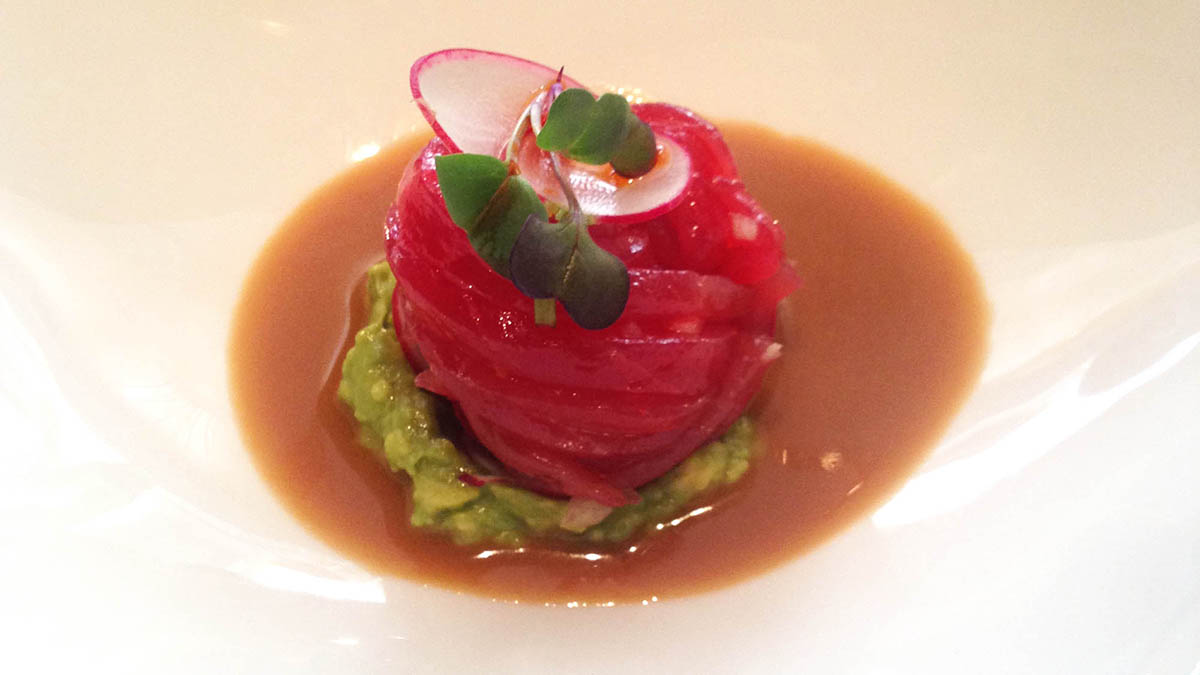 For an elevated experience, consider Jean-Georges’ six- or ten-course Christmas menu (or vegetarian versions), available all day. Indulge in creative twists on classic cuisine blending French, American and Asian influences. Follow your experience with a Central Park stroll or a walk down 5th Avenue. If you’ve already been or you prefer a different restaurant in the Jean-Georges group, such as ABC Kitchen or JoJo, note that they all offer Christmas menus.

A London landmark right here in NYC, Bluebird offers a host of British favorites as well as afternoon tea. On December 24 and 25, select from a prix fixe menu that caters particularly to meat and seafood lovers.

And because we can’t resist… 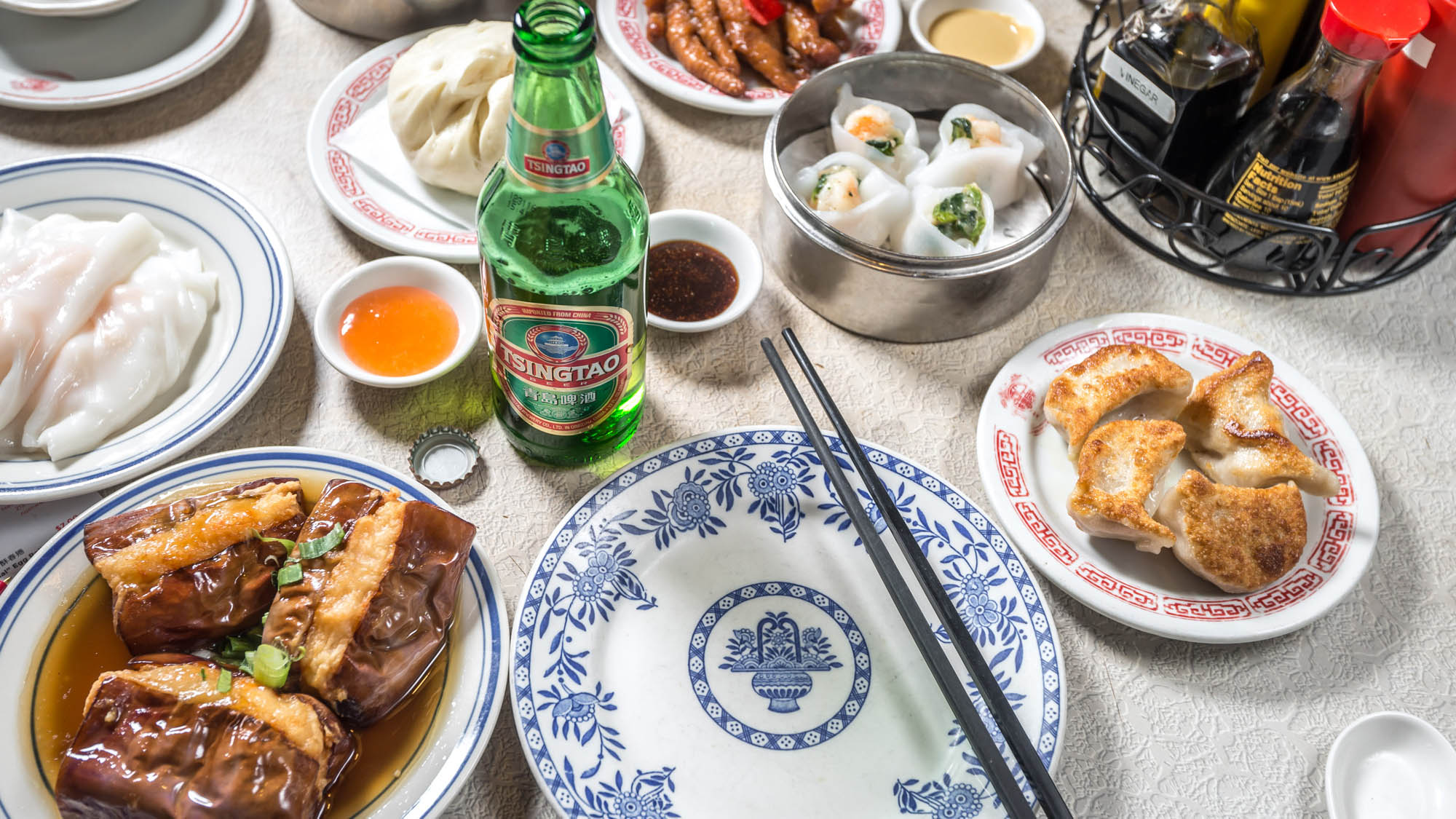 We can’t even begin our list without starting with Nom Wah Tea Parlor, an NYC staple since 1920. What began as a tea parlor and bakery (with a side of dim sum) has transformed into one of the city’s most cherished dim sum spots. But don’t forgot to taste their almond cookies, lotus paste and red bean filling, which they’re also known for. They don’t take reservations on holidays, so be prepared for a wait.

Another restaurant synonymous with NYC dim sum, Jin Fong has two locations (Upper West Side and Chinatown) and has been operating since 1978. Though its undergone a change in ownership and an expanded dining hall setting, Jin Fong still offers a bustling banquet-style yum cha (traditional dim sum brunch). And, yes, they do have the carts. 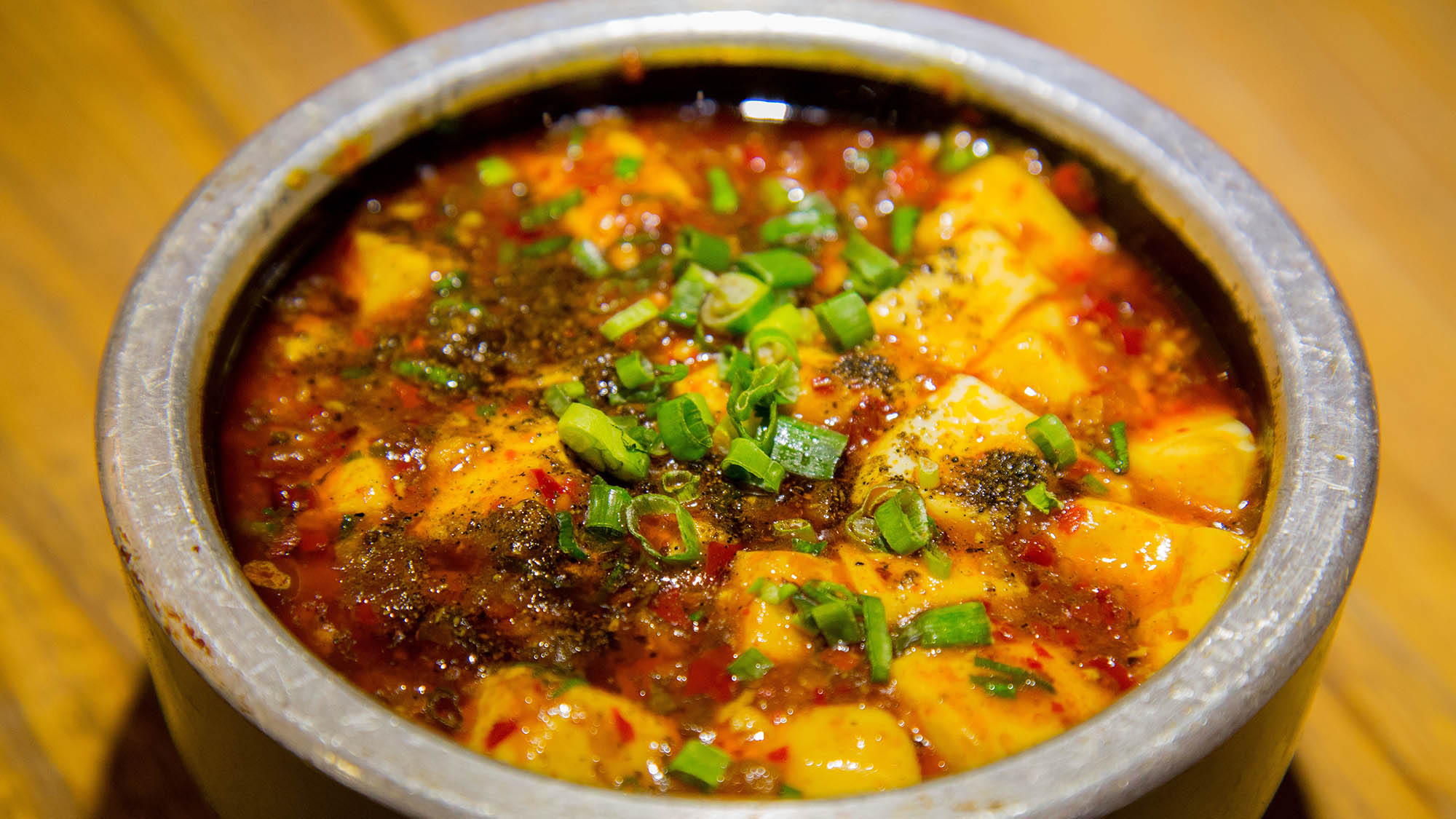 Originally opened in Philly, Han Dynasty quickly became a New York favorite with their family-style Szechuan dishes at a variety of locations. The spice level gets pretty high, so don’t say we didn’t warn you.

What began as a 200-sq-ft basement stall in Flushing’s Golden Shopping Mall has blossomed into a 15-restaurant operation delivering hand-ripped noodles and Xi’an favorites—a combination of Chinese and Middle Eastern flavors.

Whether you’re kosher, vegan, both or neither, Buddha Bodai will not disappoint. Sink your teeth into a variety of mock meat slathered in traditional Chinese spices and sauces. Don’t feel like dining out? You can also order in.

It’s been said that Christmas is Shun Lee West’s busiest day of the year. Whether this still holds true or not, we do know that Shun Lee has been serving up regional dishes from all over China since 1971. Each of its three locations has a different vibe, so be sure to choose what’s right for you.

Rather include duck in your holiday tradition? Don’t worry, the city has plenty of peking duck options. For reservations and additional restaurants, try booking a table or contacting each restaurant directly.