7 Other Brooklyn Towns to Visit

When it comes to Brooklyn, we admit we’re more than a little biased—we’re partial to Brooklyn, New York, since we live, work and spend most of our time here. But did you know that you can find other Brooklyn cities and towns as far as New Zealand, Australia and South Africa, and as close as Connecticut?

Here are 7 other Brooklyns you can drive to in case you’re plotting a road trip and might be nearby.

Also known as Lovejoy, this Brooklyn village in St. Clair County, Illinois, is 3 miles northeast of downtown St. Louis, with a population of 680. The oldest U.S. town incorporated by African Americans, the village was founded around 1829 by Priscilla Baltimore. A child of a slaveholder and one of his enslaved women, Baltimore secured her own freedom and then helped other enslaved African Americans flee to safety. The area was known as a freedom village where inhabitants could live more freely than the laws stated, and churches were used as Underground Railroad stations.

You can learn more about Brooklyn’s rich past on their Historical Society website.

While you’re in the area, explore nearby Horseshoe Lake and be sure to cross the Mississippi River and check out St. Louis too. 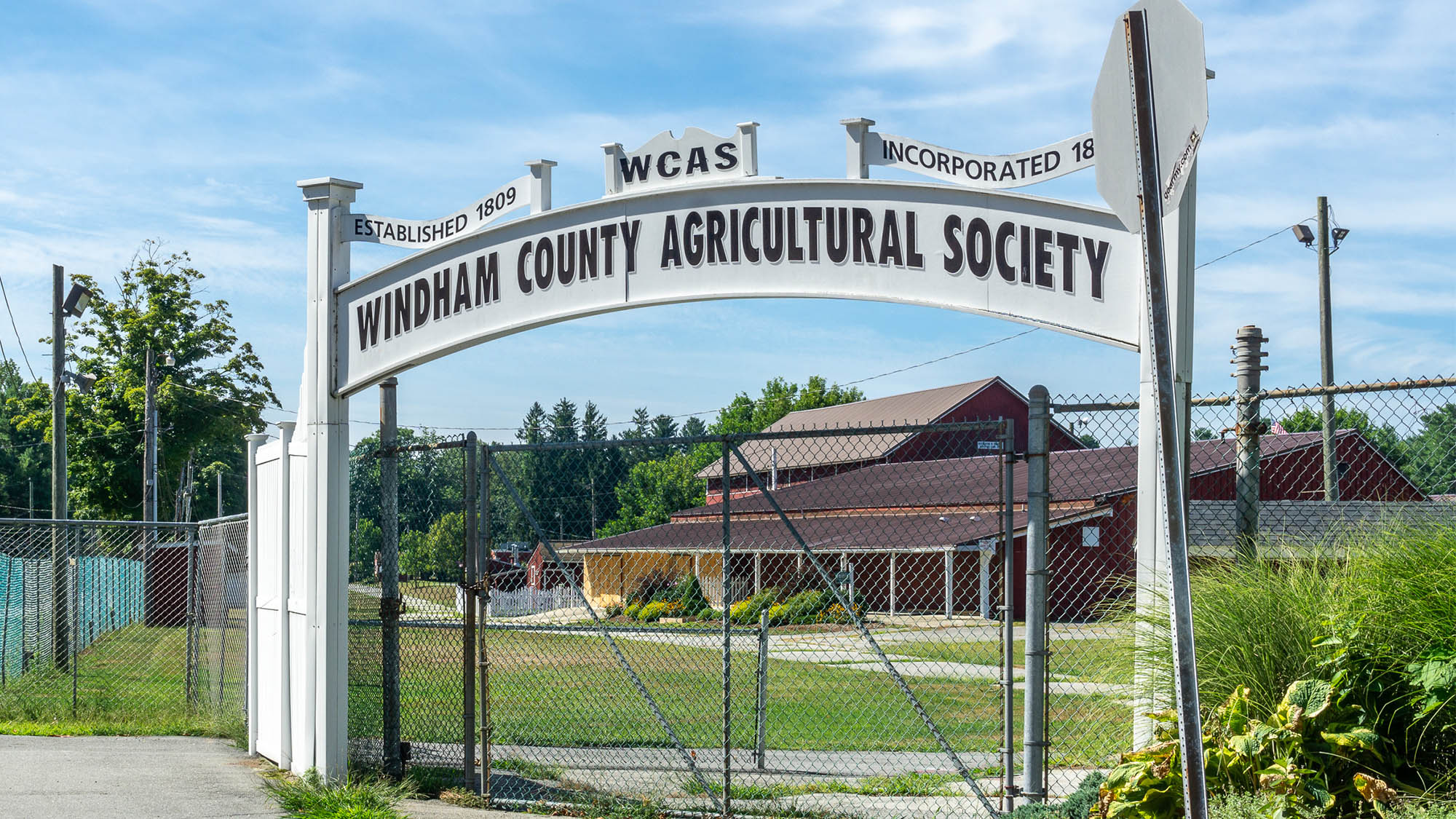 Brooklyn, Connecticut, has been going strong in Windham County since 1786 with over 8,000 current residents. Just 150 or so miles from NYC, the town is home to an annual Brooklyn Fair, the oldest continuously active agricultural fair in the U.S., and multiple historic sites that include Trinity Church which was built in 1771, the Unitarian Meetinghouse also built in 1771, and Putnam Farm.

While you’re there, stop by the Creamery Brook Bison farm where you can take a tour via wagon ride or check out one of the grounds’ festivals. For architecture buffs, the Brooklyn Green Historic District is worth a stroll or drive where you can take a trip back in time to the 18th and 19th centuries.

A small town of about 2,500 residents, Brooklyn, Indiana, in Morgan County is about 30 minutes southwest of Indianapolis with notable sites that include a historic post office that’s been in operation since 1856, the Franklin Landers-Black and Adams Farm (a historic home and dairy farm built in 1862), and Goethe Link Observatory which once—before light pollution—was used for asteroid discovery and boasts a massive collection of daffodils. 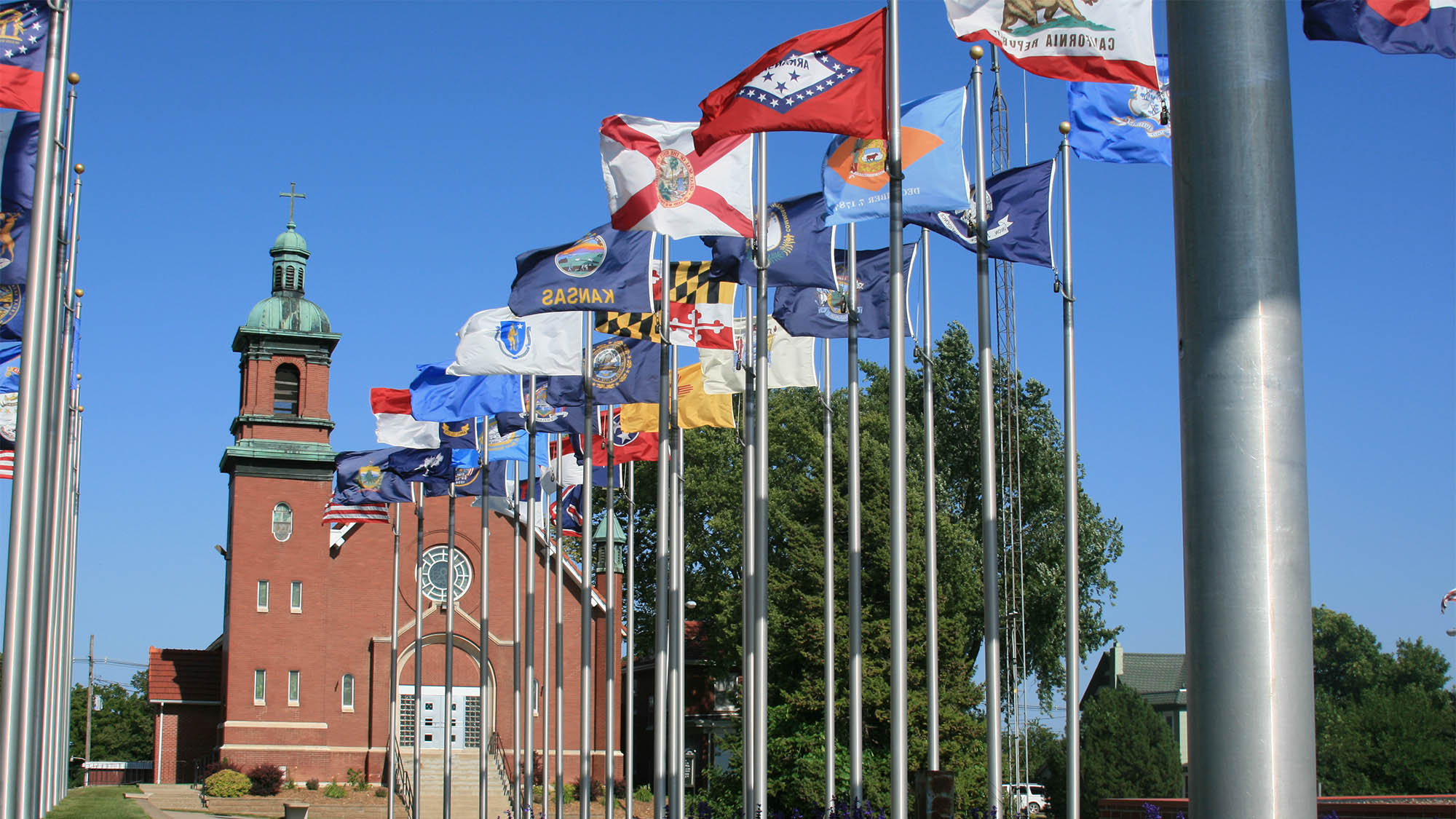 With a population of 1,500, Brooklyn, Iowa, of Poweshiek County is just off U.S. Route 6, a few miles north of I-80—between Cedar Rapids and Des Moines. Coined the Community of Flags, Brooklyn displays an impressive collection of flags representing the 50 states, four branches of the military and other designations—they even host an annual Flag Festival in June.

If you’re a John Wayne fan, you may already know that he spent his childhood in Brooklyn and you can visit a memorial to his honor. Built in 1911 and then renovated and reopened in 2020, the historic Brooklyn Opera House hosts live events throughout the year. You can also visit The Brooklyn Historical Society and Museum on Saturdays from May–September. And if you’re a history enthusiast, take a look at the Brooklyn Historical Society Facebook page for some interesting facts and background. 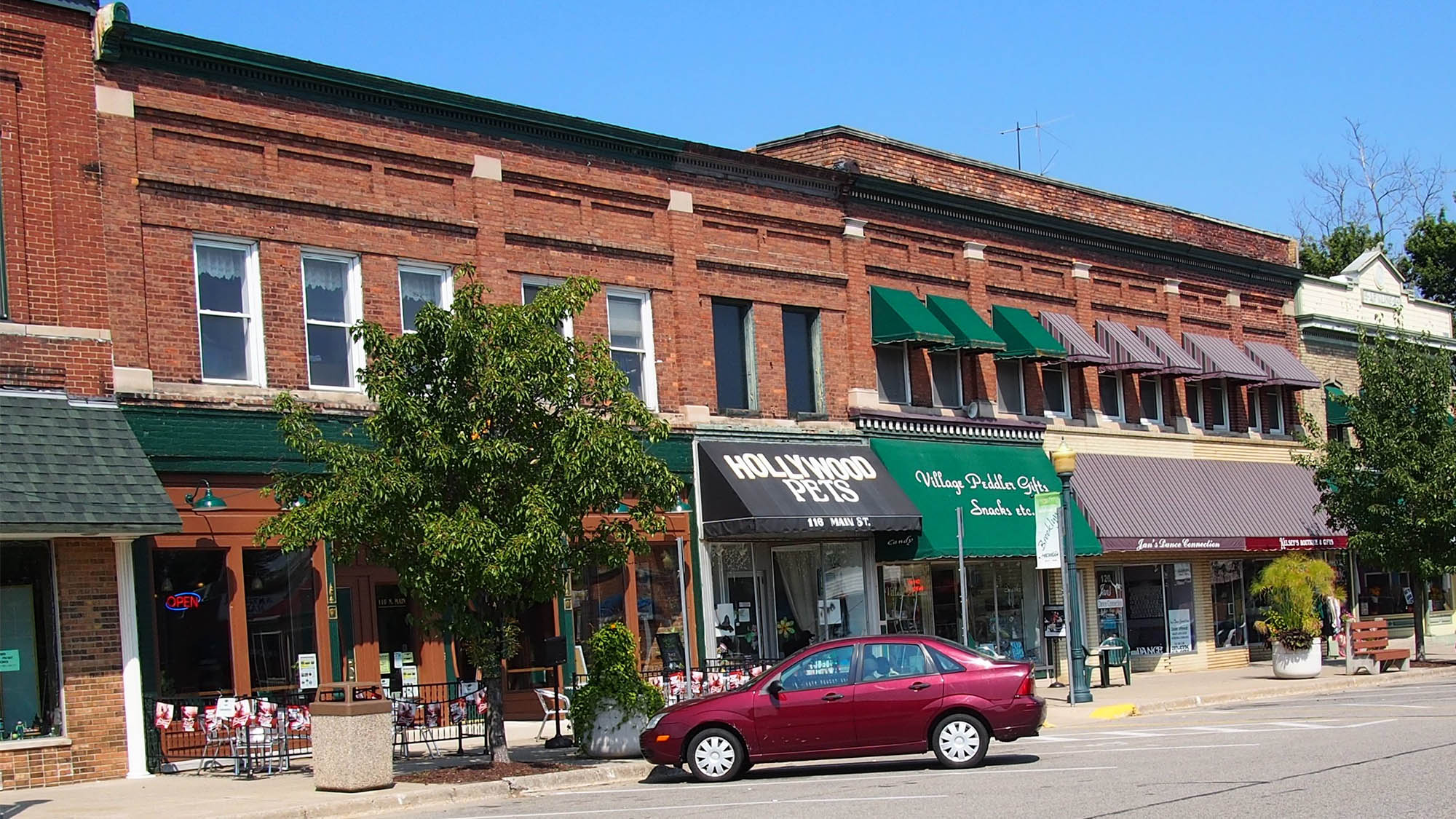 A cozy town of just over 1,100 residents, Brooklyn, Michigan is nestled between three lakes in the heart of the Irish Hills. Southwest of Ann Arbor and Detroit in Jackson County, the town was originally named Swainsville in 1832 but inspired by our own Brooklyn here in New York, the town’s name was changed to Brooklyn in 1836.

Before I-94 was built in the late ’50s and Michigan International Speedway in the late ’60s, Brooklyn was mainly a summer destination for Detroit residents since it’s within a 15-mile radius of more than 50 lakes. Today you’ll find the year-round population and visitors alike stopping at the International Speedway to camp, catch a NASCAR race, or attend a festival or concert. Explore the rolling Irish Hills and visit the many historic buildings including the Walker Tavern built around 1832 and the 1929 Hewitt House Visitors Center where you can learn about early auto tourism. Be sure to stroll down Main Street like a local while exploring the delightful mom-and-pop shops.

Brooklyn, Ohio, in Cuyahoga County is just south of Lake Erie and 6 miles southwest of downtown Cleveland. A city of more than 11,000 residents, Brooklyn was home to the first seatbelt law back in 1966 and the first cell phone law for motorists in 1999. And The King, Elvis Presley himself, performed his first northern U.S. concert at Brooklyn High School in 1955.

While there, explore the Old Brooklyn neighborhood where you’ll find the Cleveland Zoo, expansive Brookside Reservation park and Buckland Museum of Witchcraft & Magick. They even have a Brooklyn Heights neighborhood. 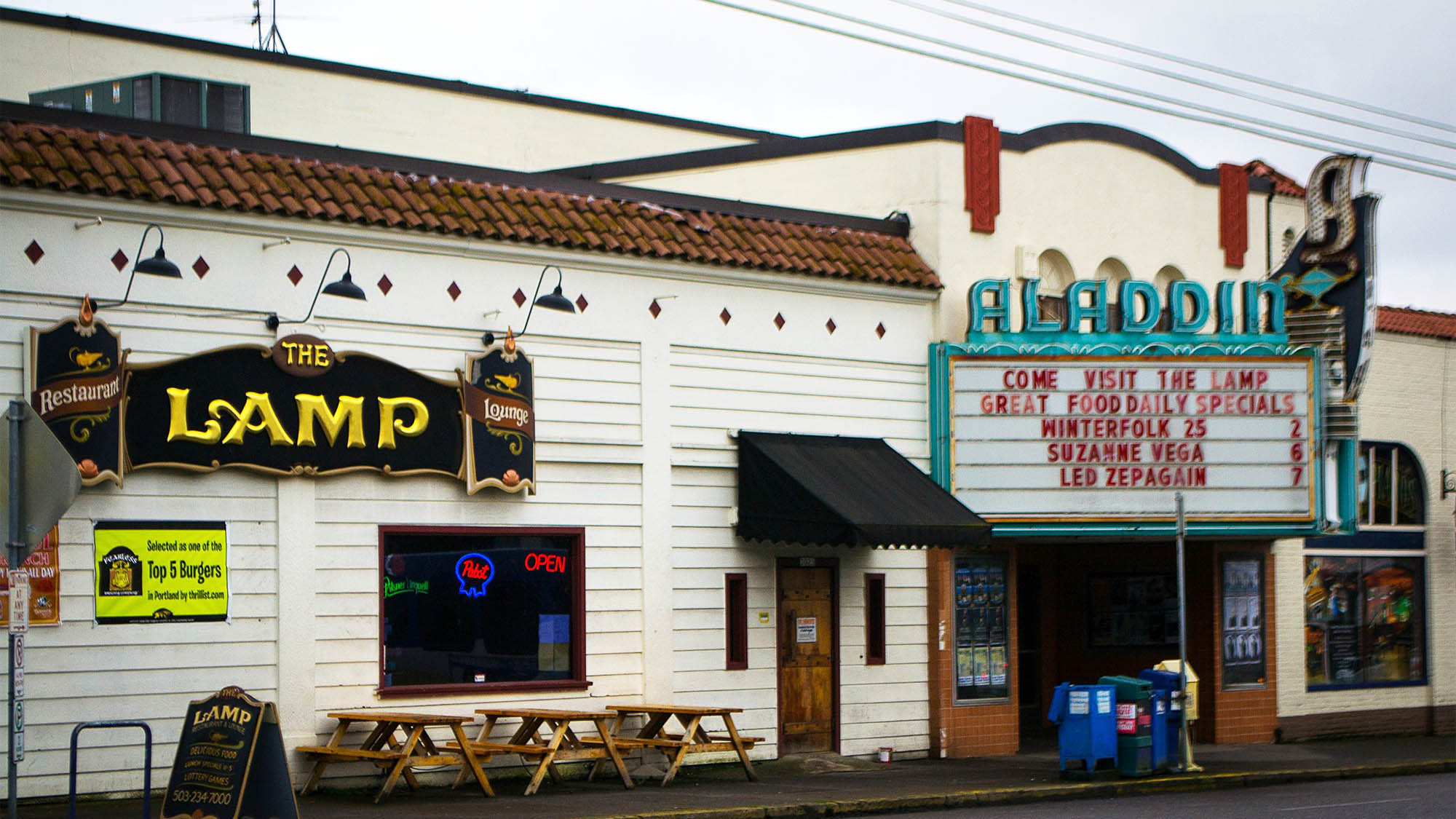 Did you know that like NYC, Portland has its own Brooklyn that was originally called Brookland because of the brooks that ran throughout the neighborhood? On the east side of the Willamette River, Brooklyn is home to the original Hotcake House diner that’s been in business since 1935, the Aladdin theater which opened in 1928 and Edelweiss Sausage & Deli, a European-style market and butcher in business since the early ’80s.

Of course, you should explore all that Portland has to offer including the many restaurants and breathtaking natural scenery in the surrounding areas such as Multnomah Falls.

If your warm-weather road trip keeps you closer to Brooklyn here in New York, you might want to peruse our NYC Fall Day Trips post with locales that can be visited all year round.