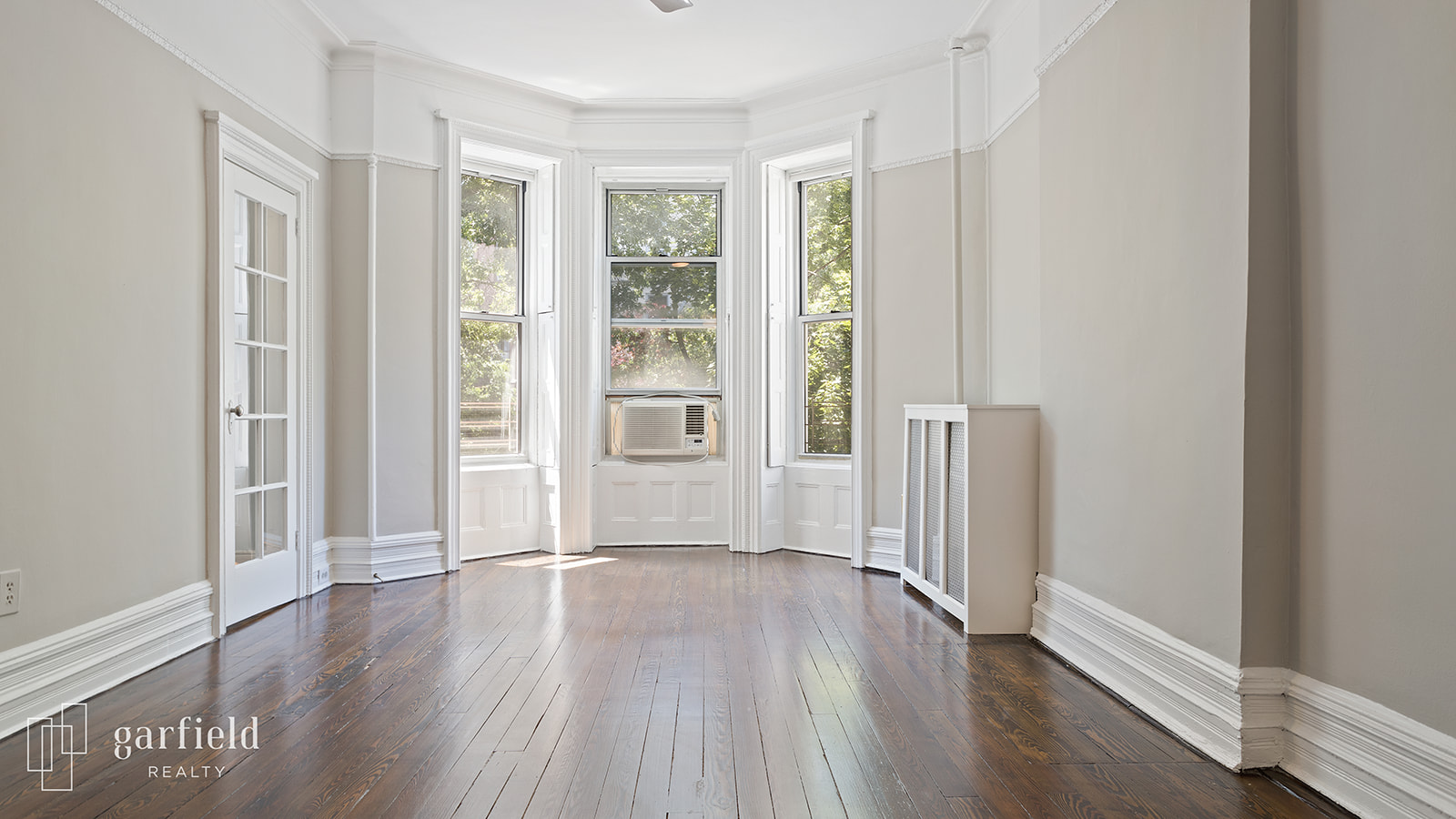 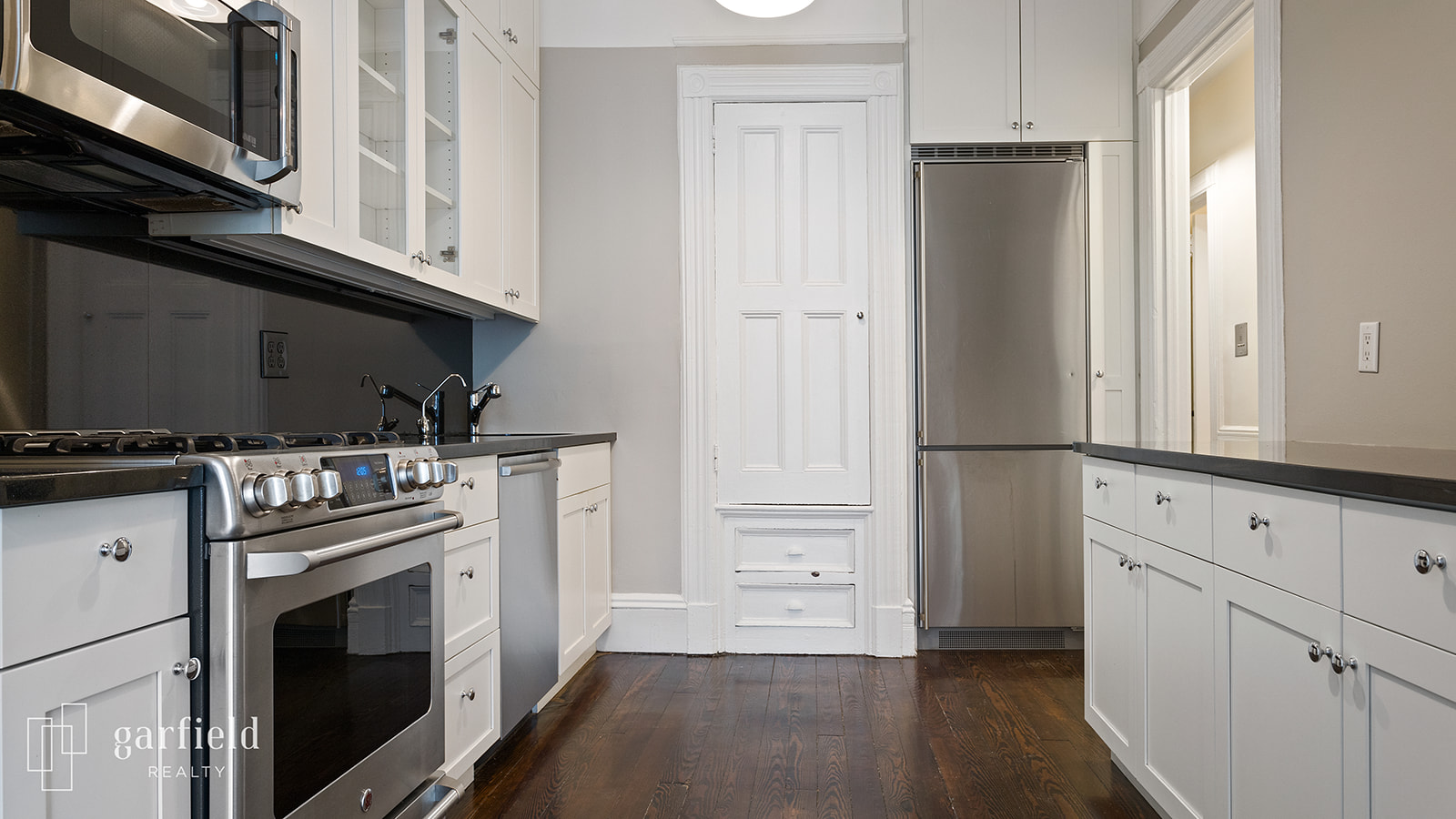 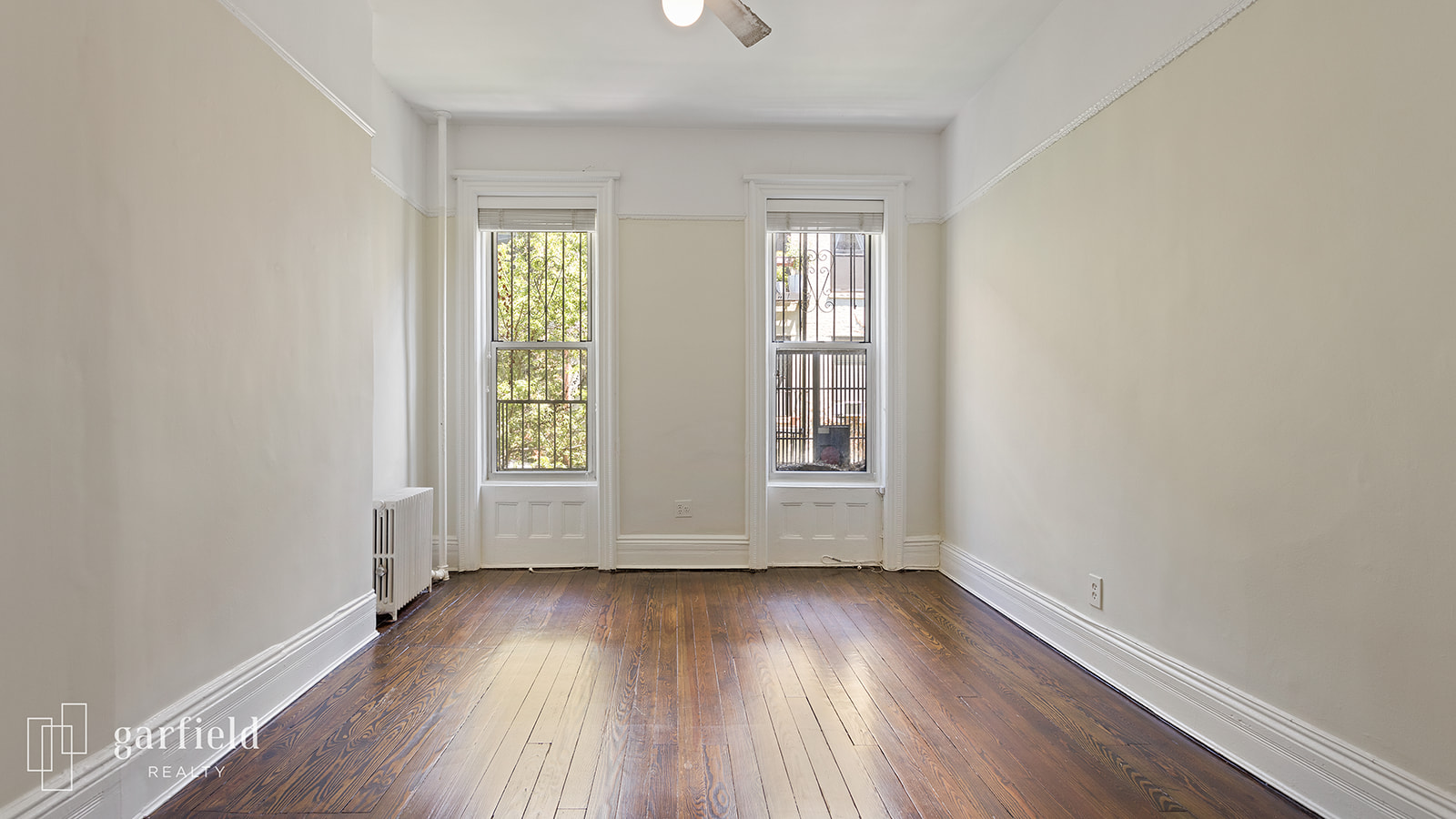 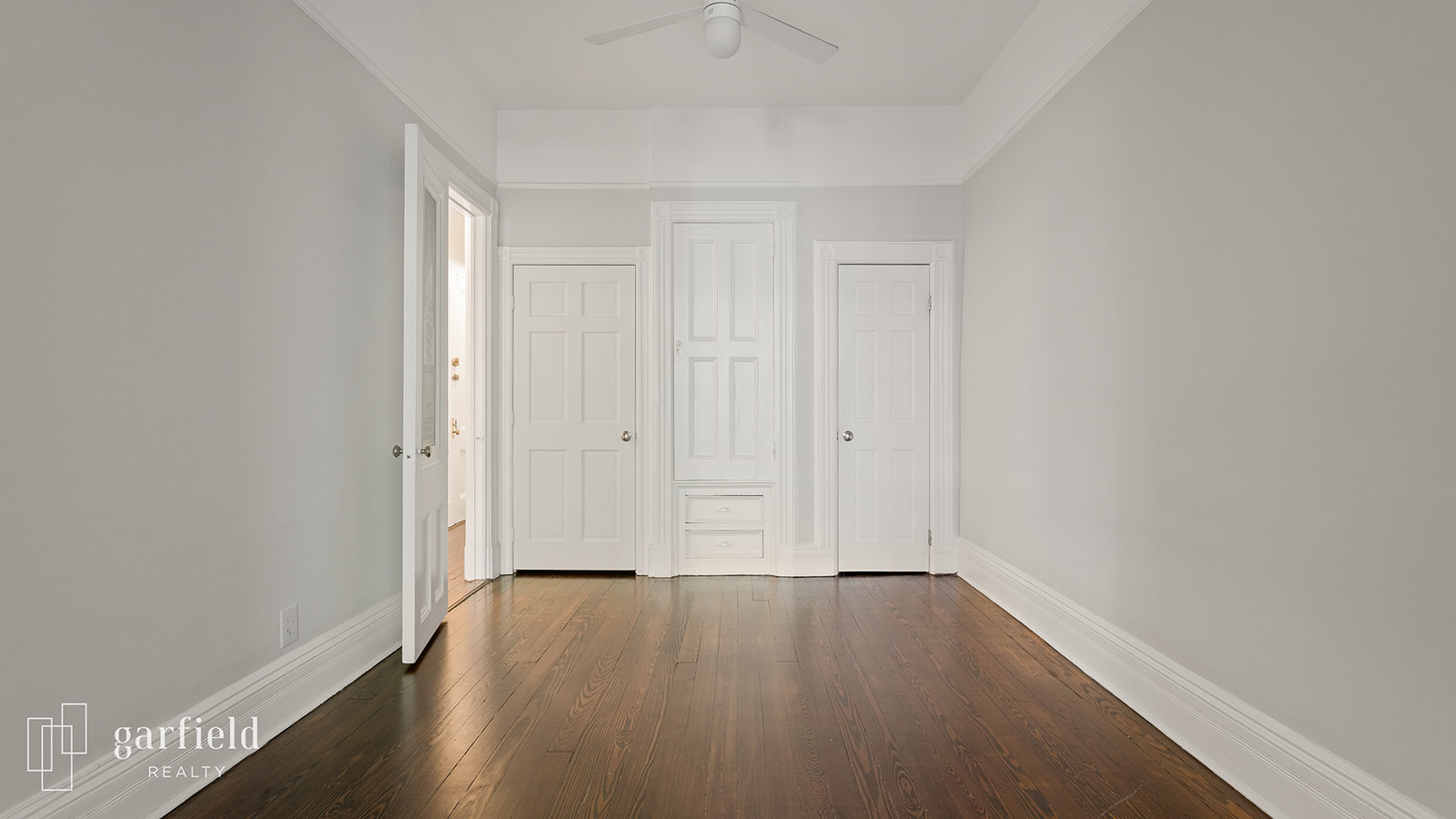 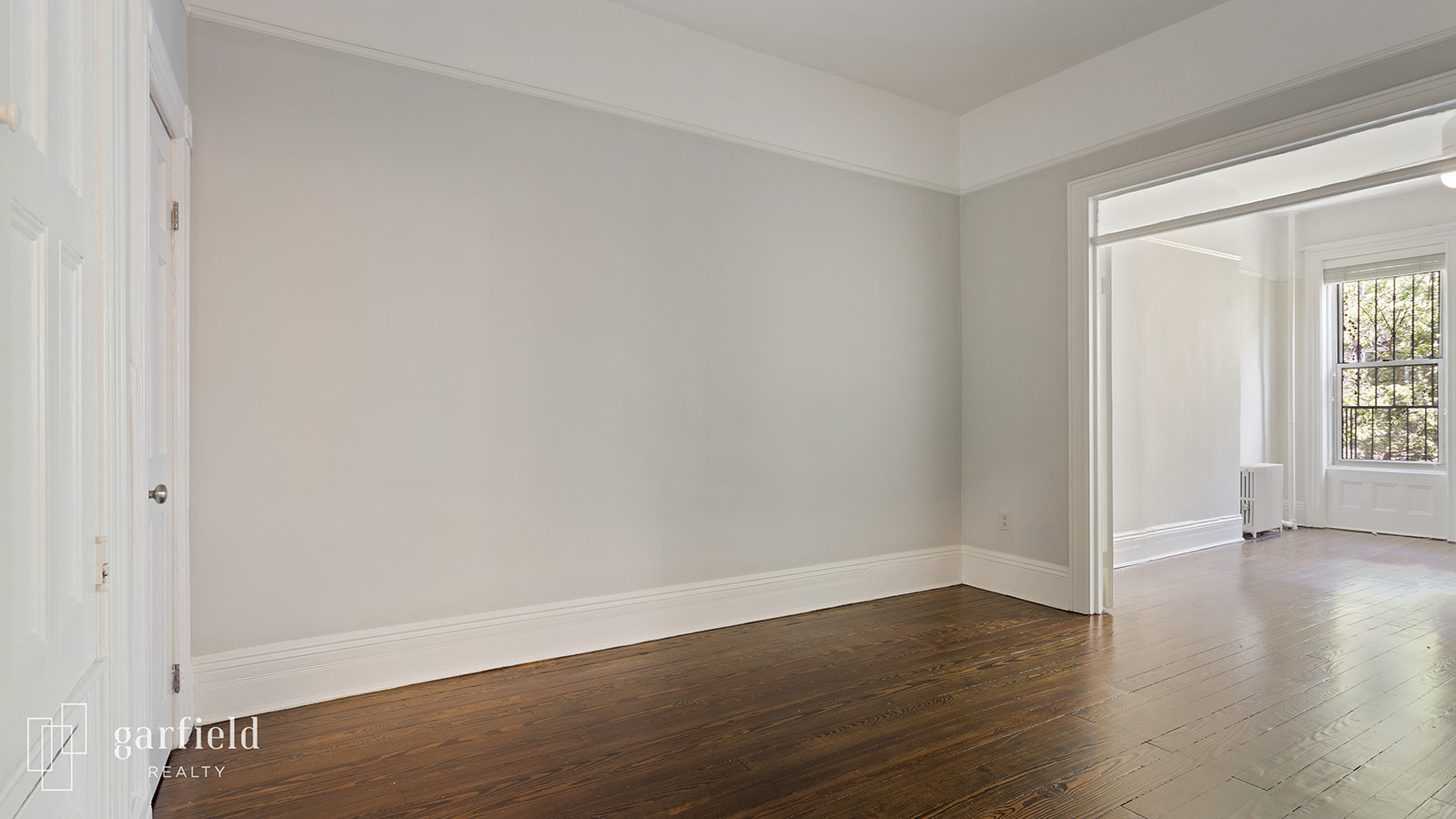 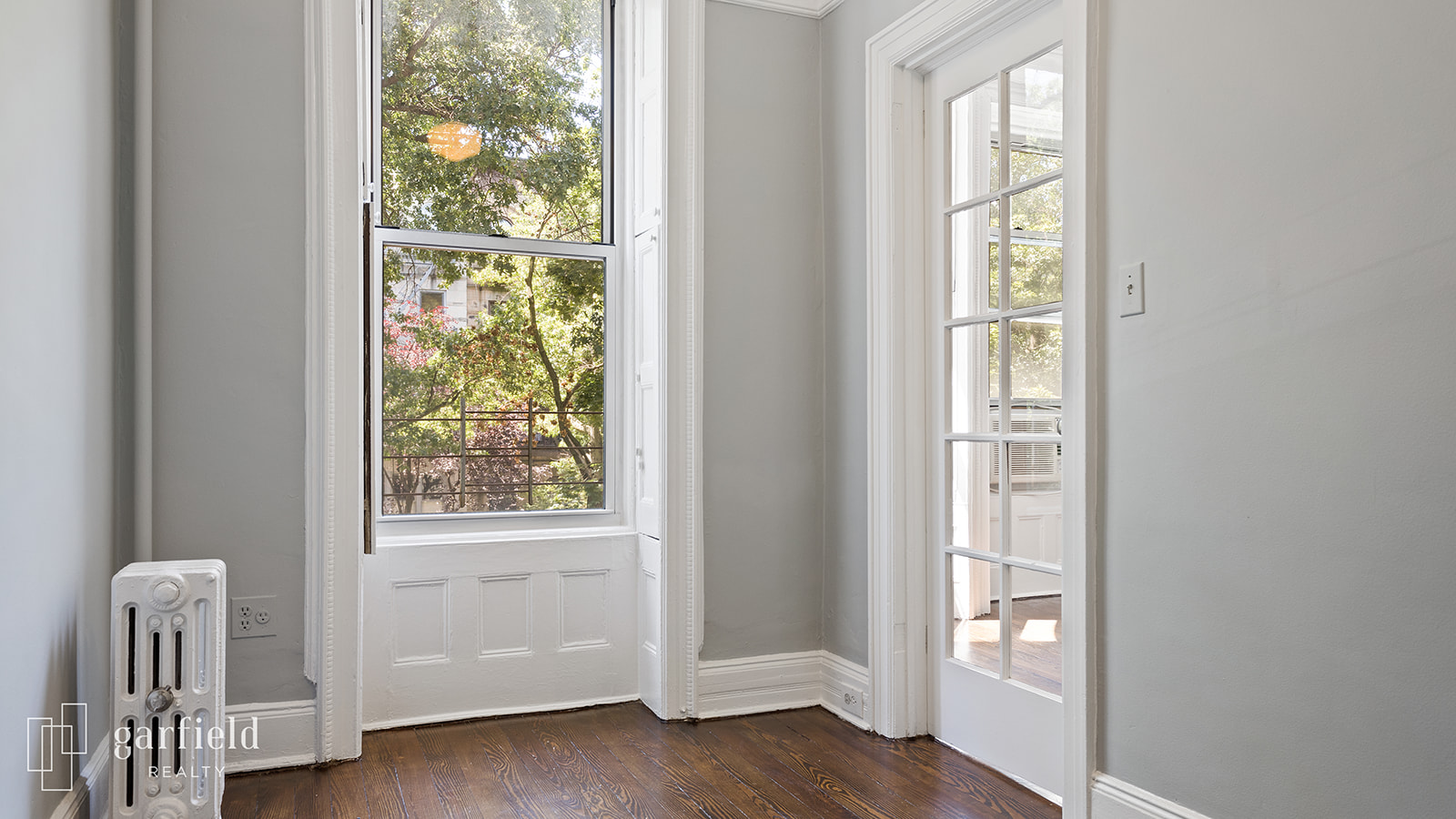 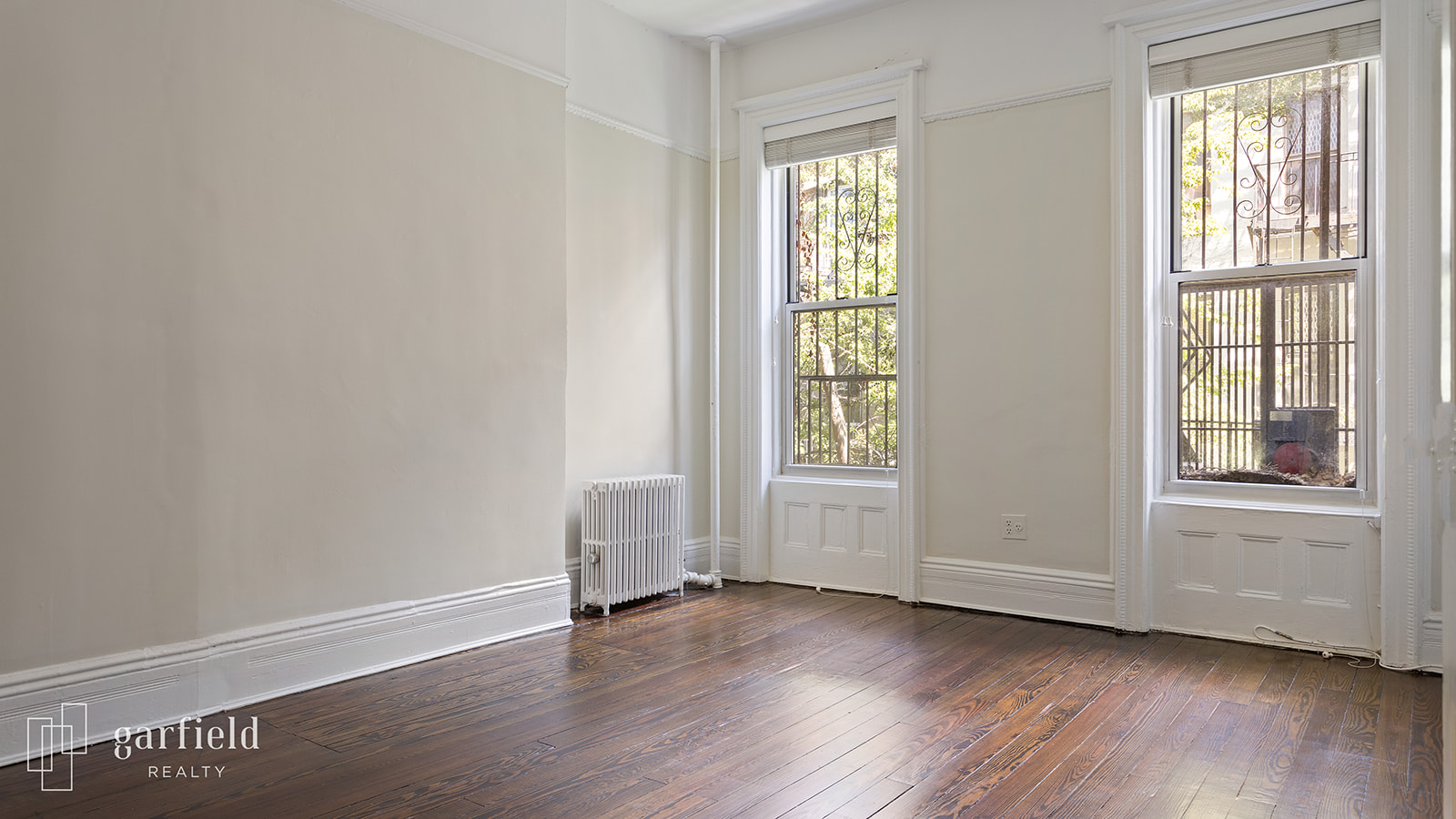 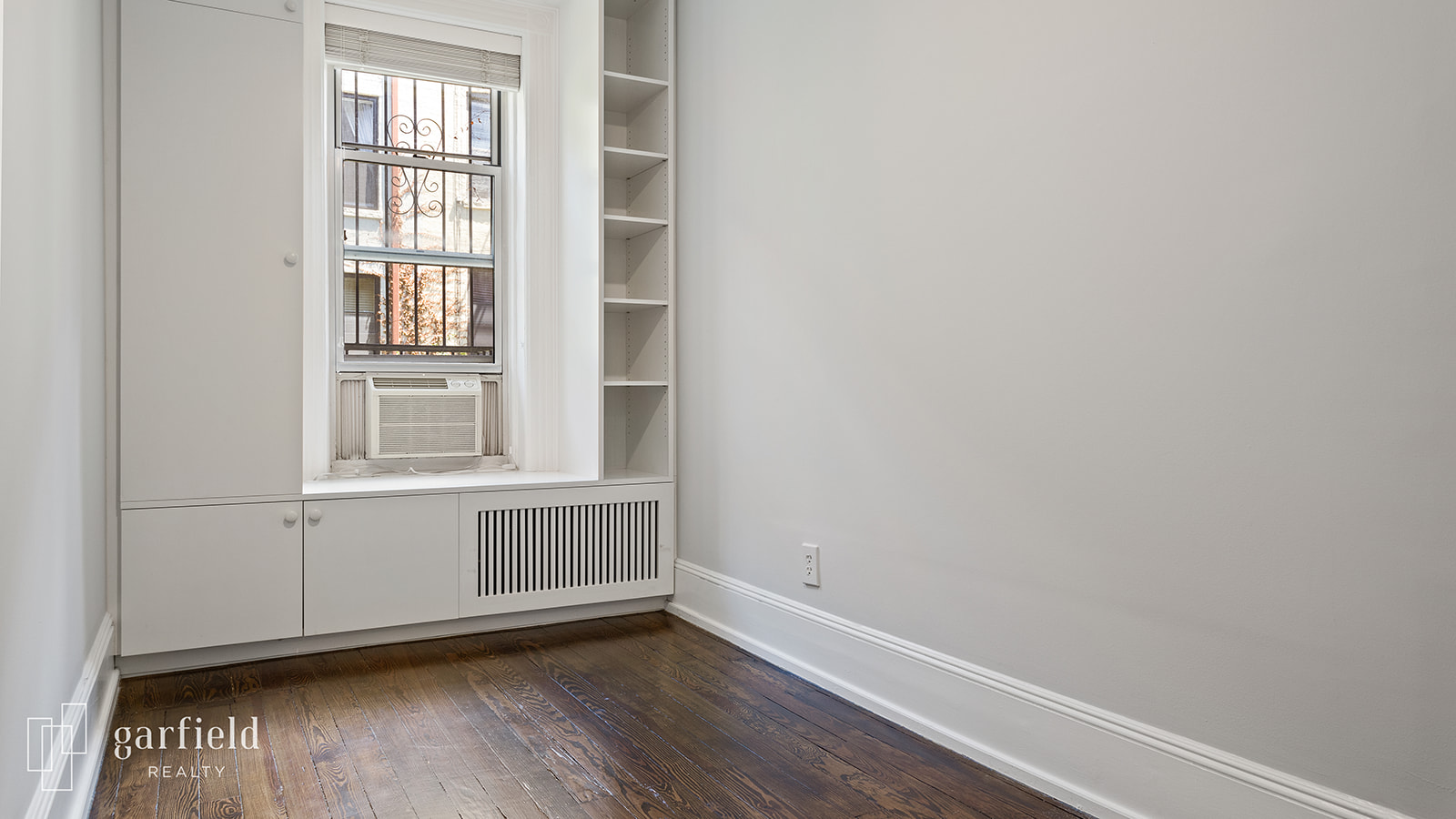 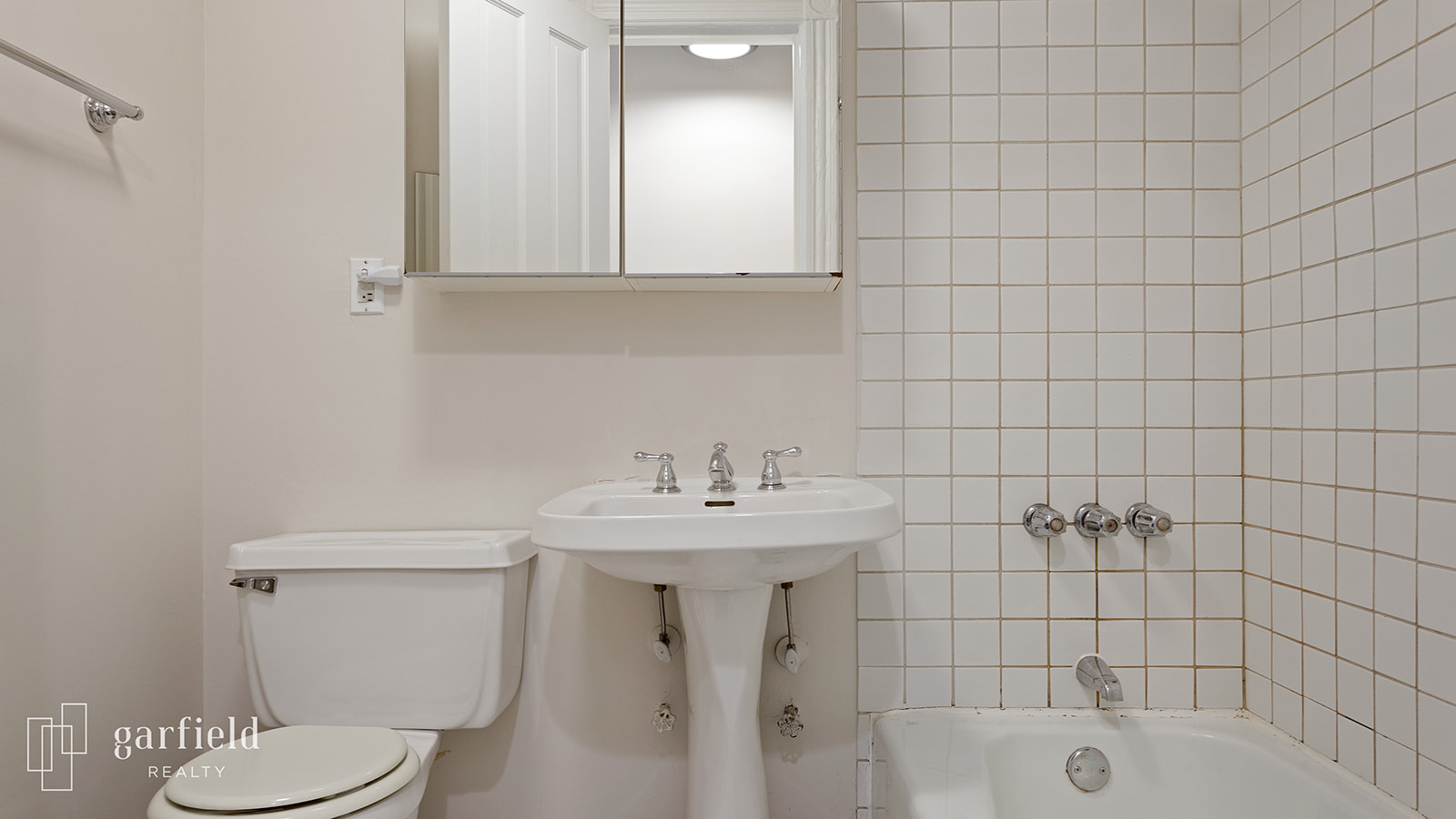 Set on a quiet, tree-lined street, this serene, three bedroom, one and one-half bathroom home occupies the entire 2nd floor of a beautiful, boutique, pre-war condominium and offers a gracious layout that allows for easy, elegant living. The expansive living area features three lovely south-facing windows in an arched bay alcove offering an abundance natural light. The state-of-the-art kitchen is outfitted with stone counter-tops and stainless appliances including a d/w and microwave. Another major creature comfort is the full sized in-unit washer-dryer. The master suite offers a separate dressing area / interior room for working from home or housing the occasional out of town guest. There are two additional bedrooms, one in the rear and one in the front. There are soaring ceilings throughout the home along with lovely hardwood flooring and handsome light-fixtures.
This charming condominium is comprised of just four units and resides in a historic townhouse in the center of Park Slope. There is some available storage space in the basement with plenty of room for bike parking and luggage. Located on a stately tree-lined block in the heart of the Center Slope with Fifth and Seventh Avenue's trendy restaurants and shopping just blocks away. Popular J.J. Byrne Playground and Dog Park are just down the block (as is the Sunday farmers market at MS 51) and Prospect Park is just an additional 3 blocks east. The building is equidistant to both the R at Union Street and the F/G at Fourth Avenue. Current zoning is for PS 321 elementary school. Small pets will be considered on a case-by-case basis. 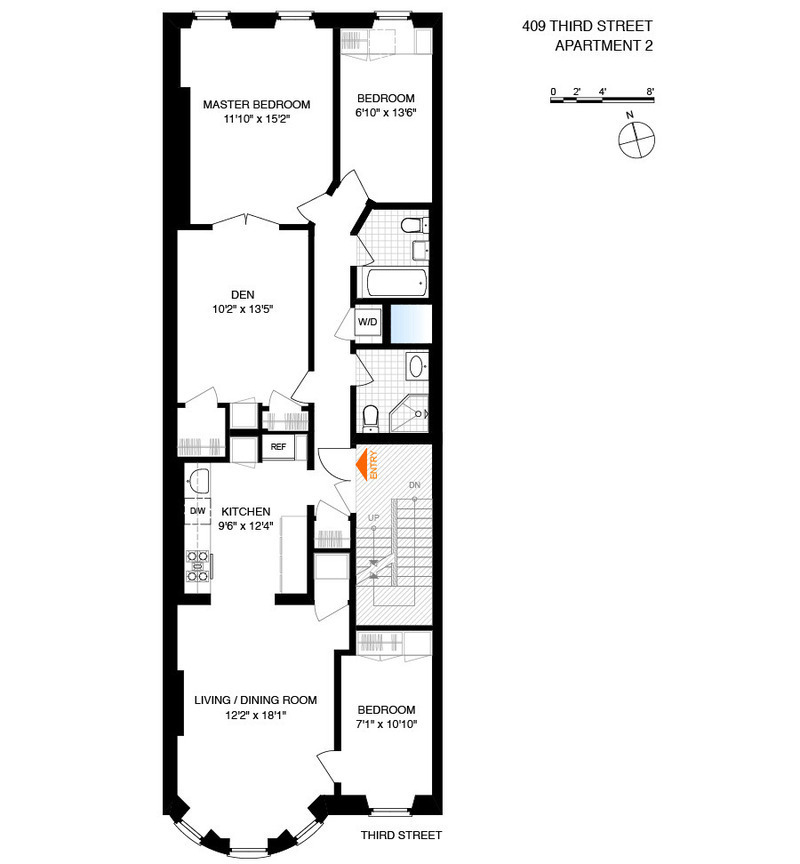