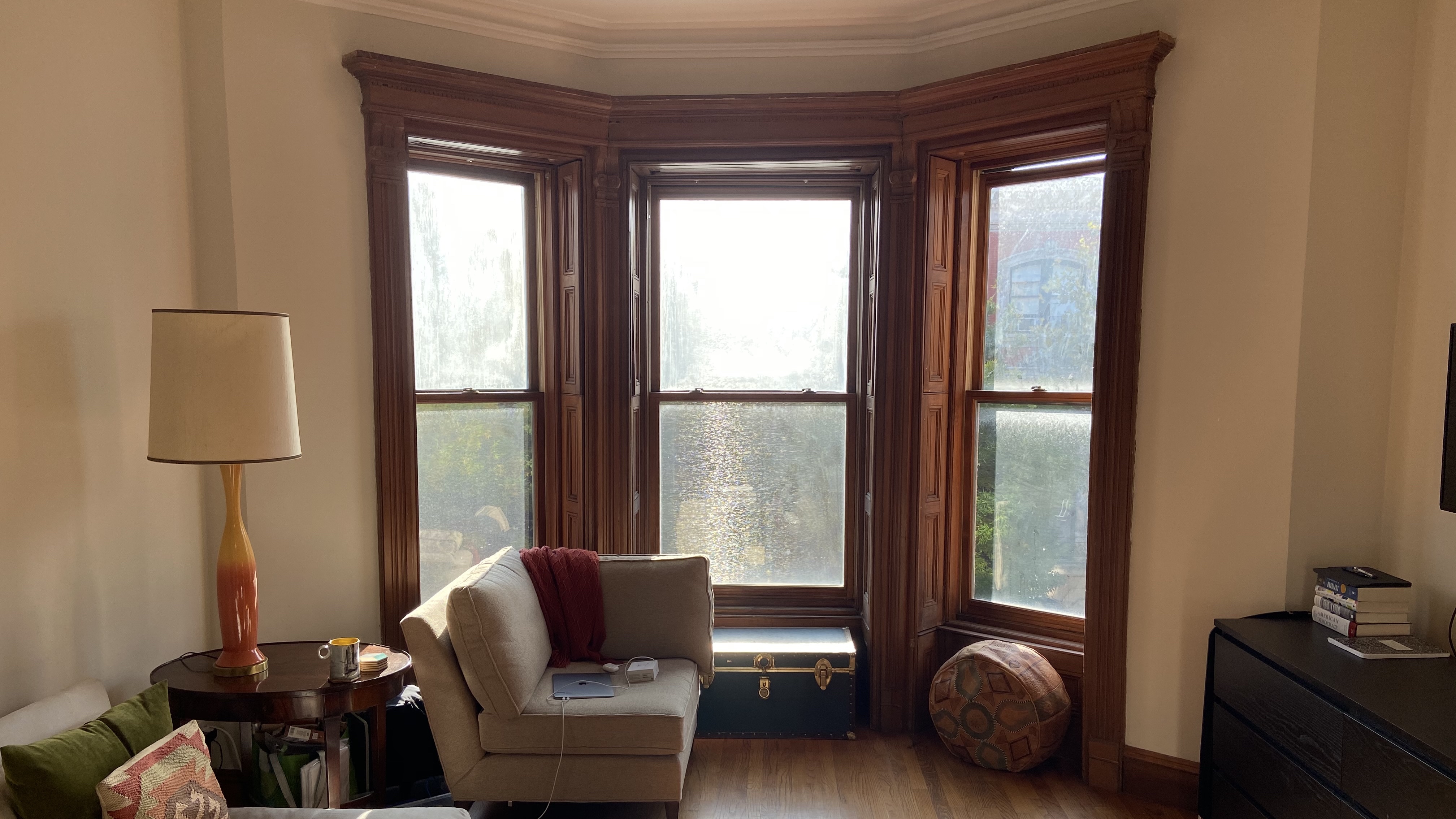 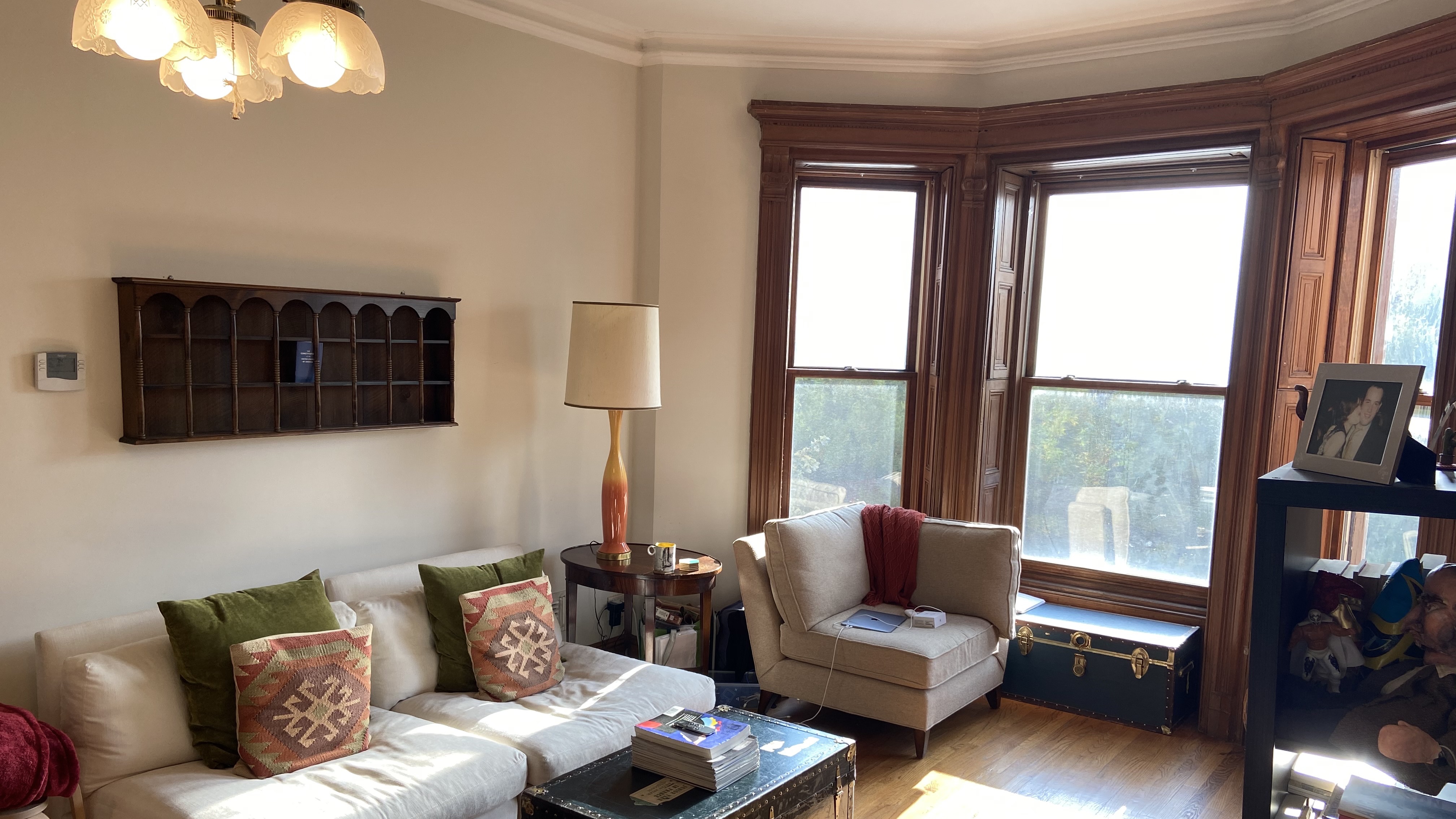 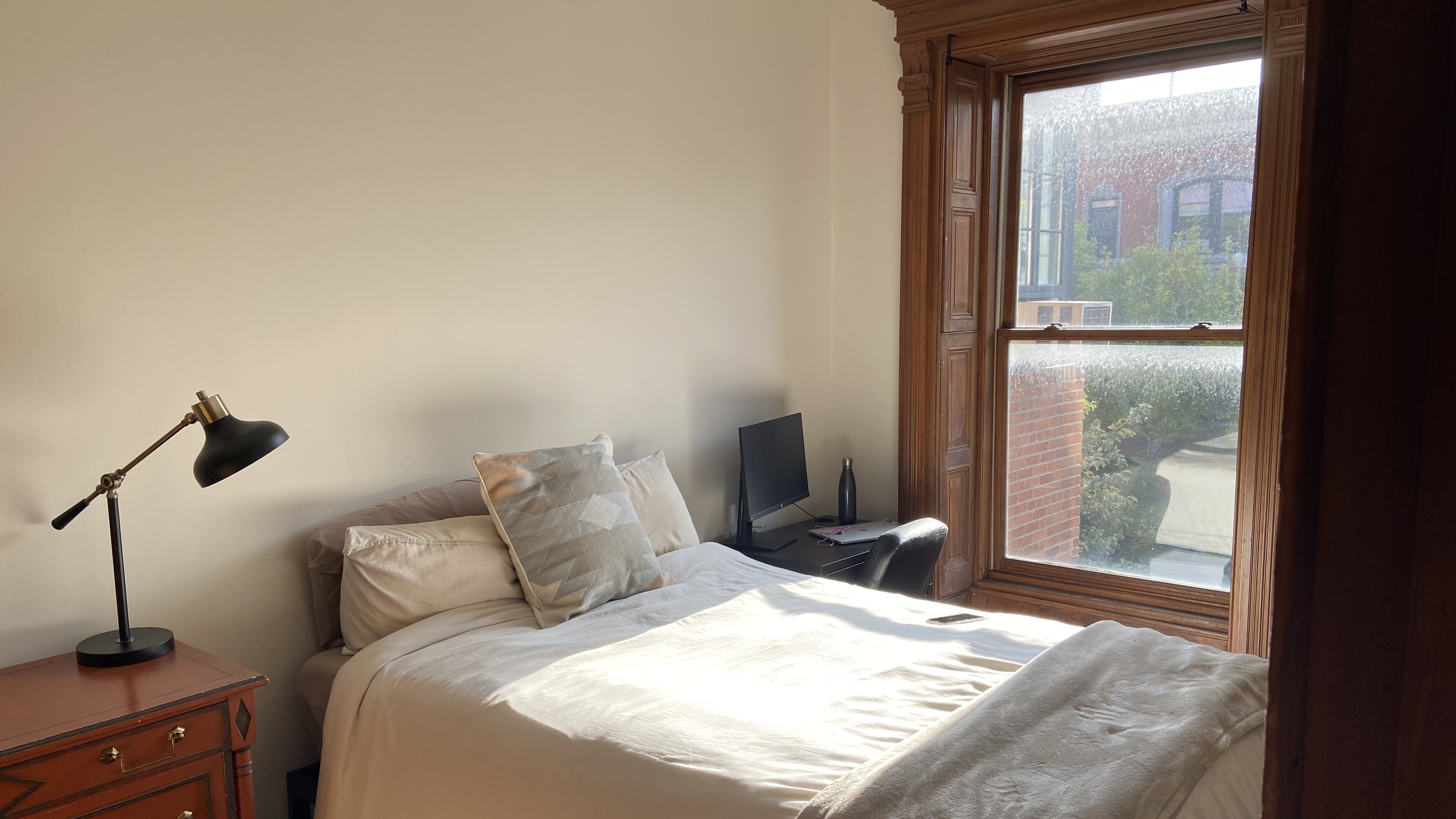 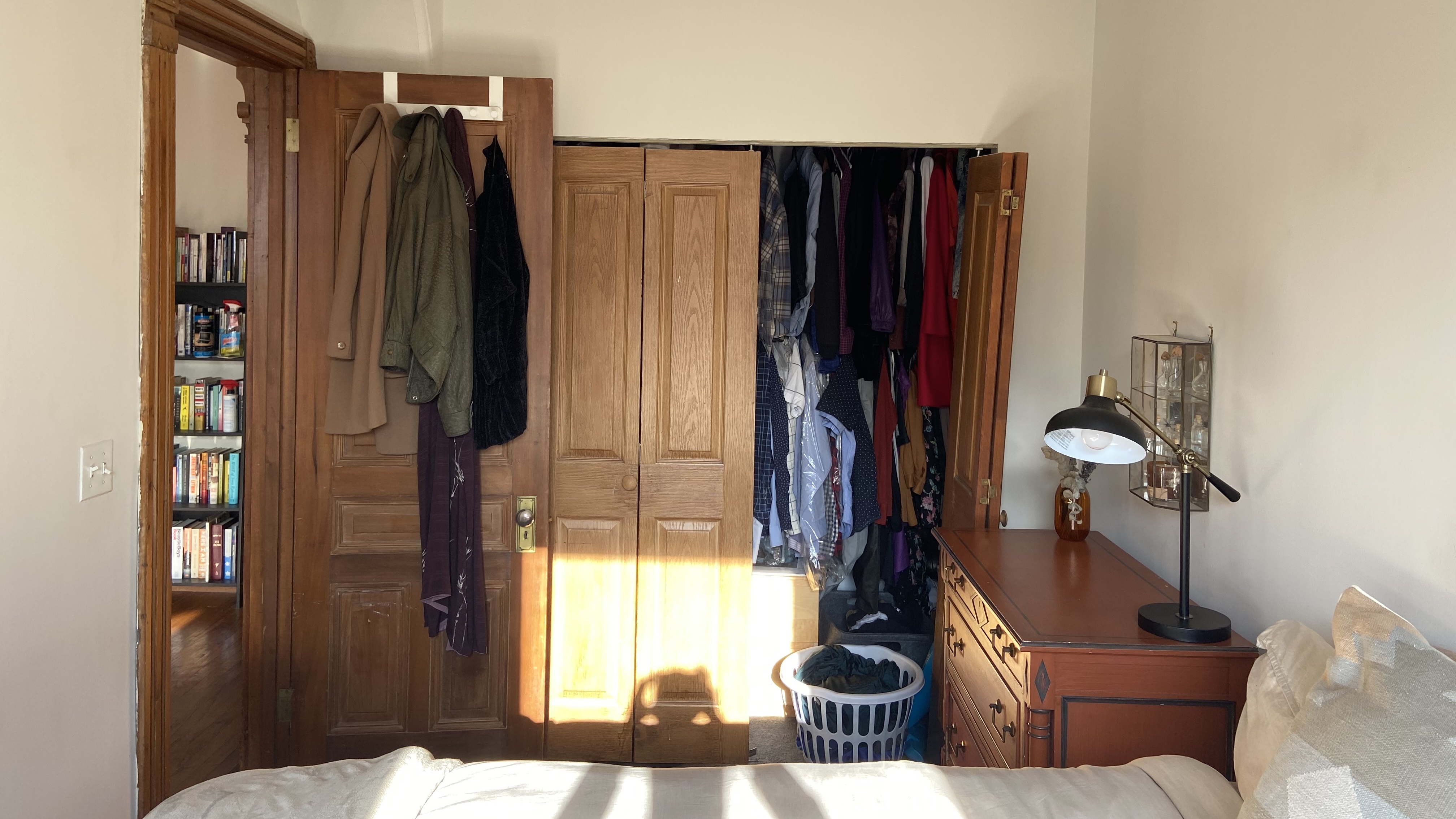 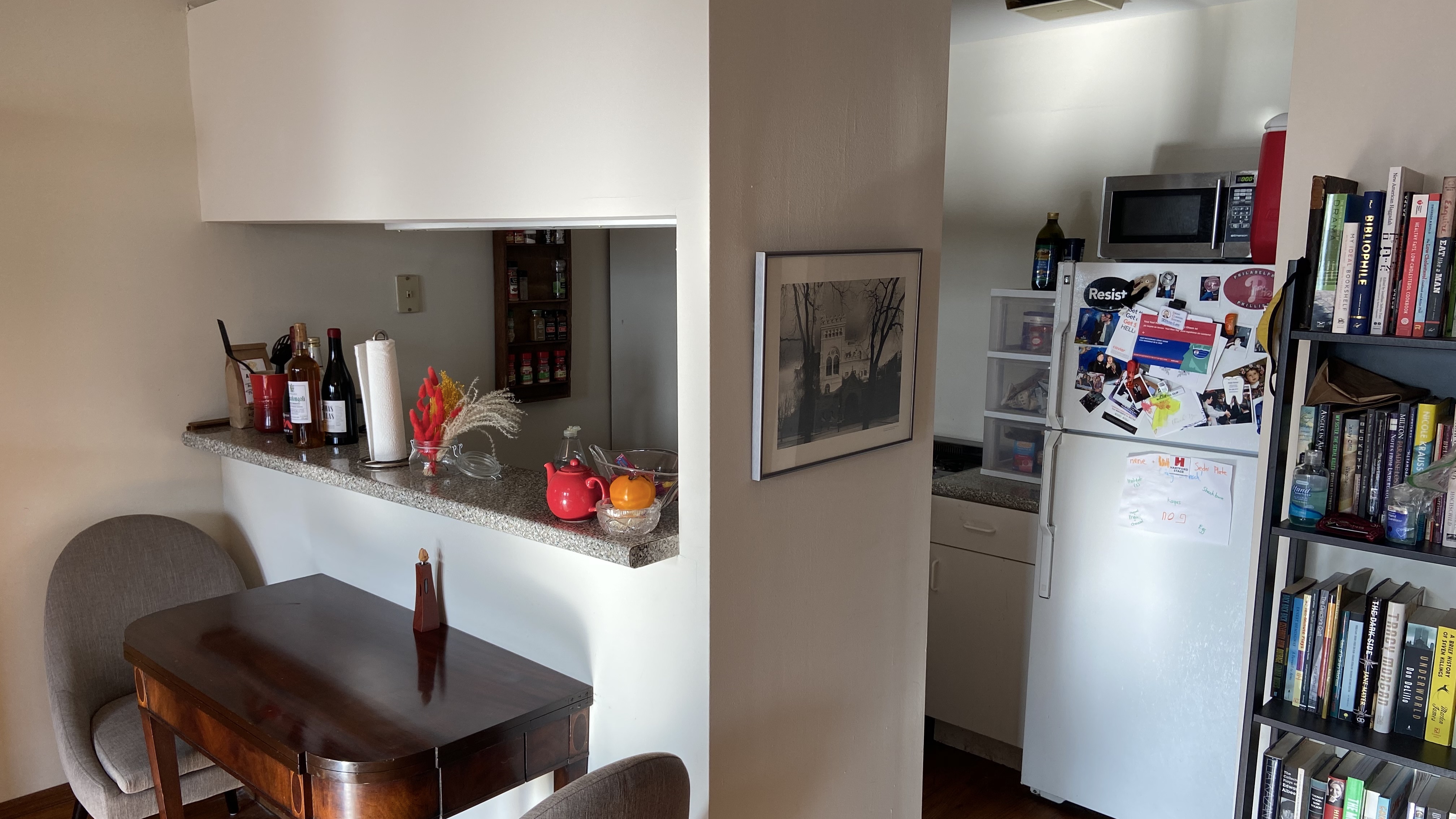 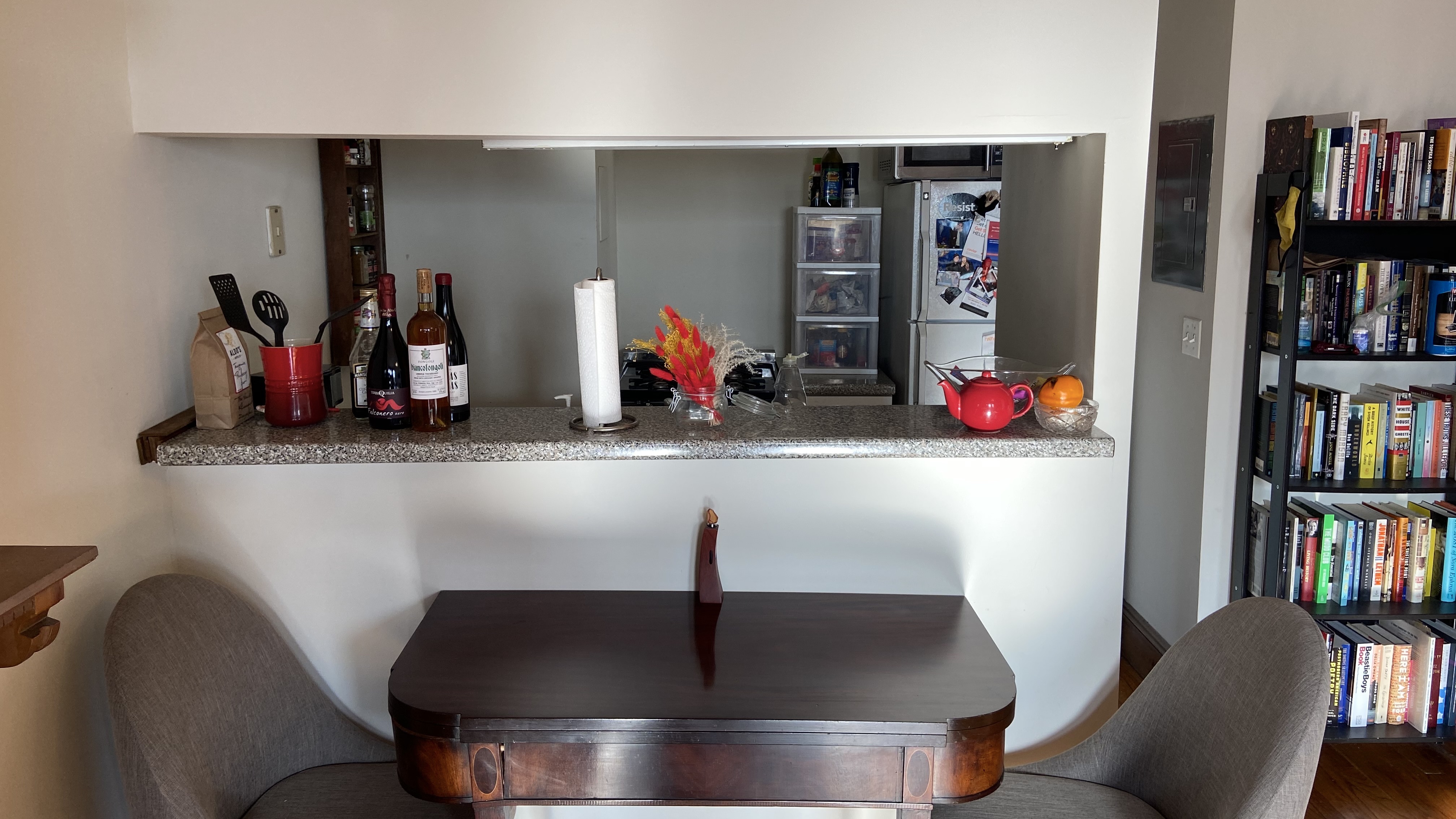 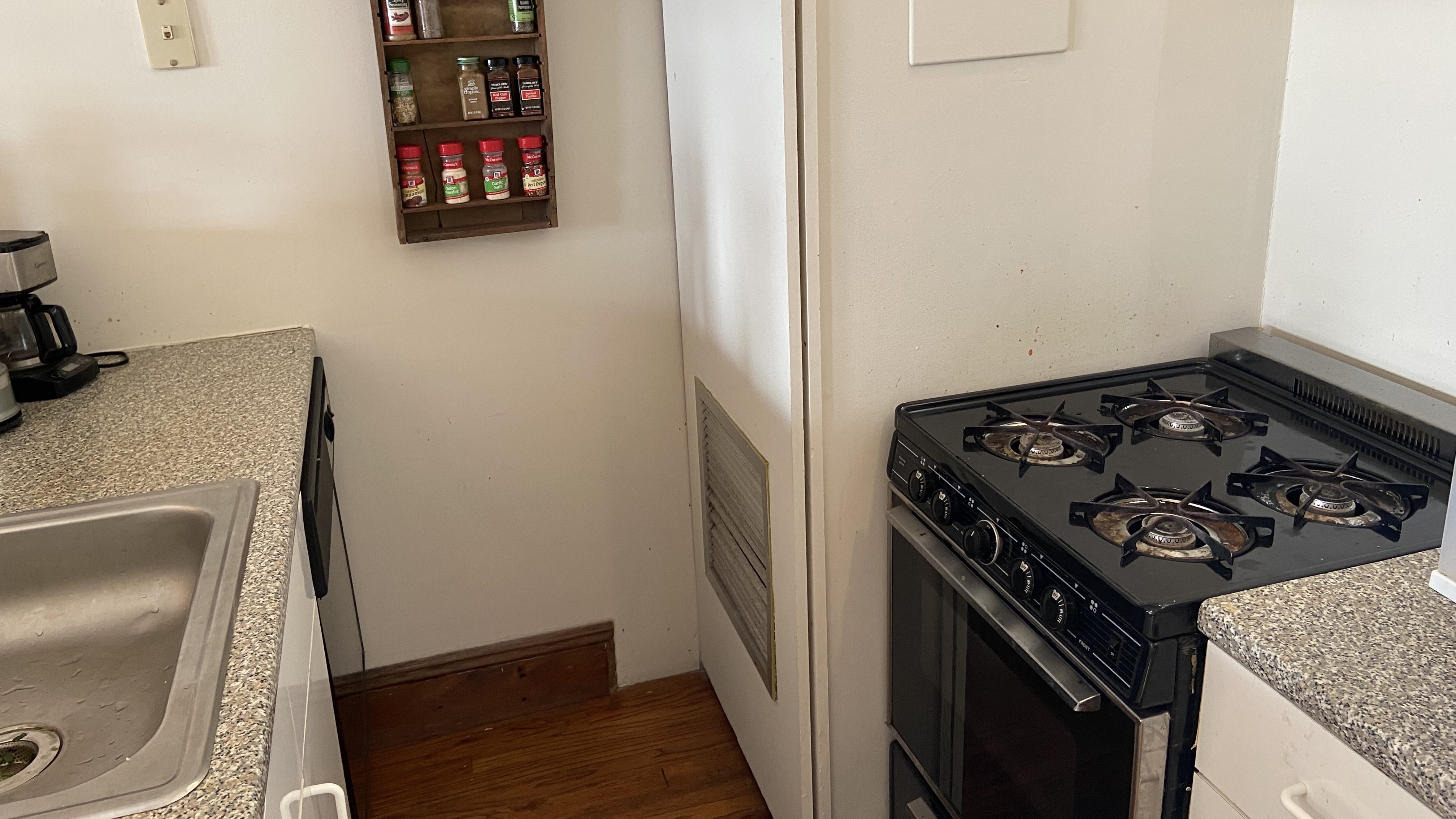 Sun drenched 1 BR apartment featuring beautiful bay window, pocket shutters, high ceilings and decorative fireplace. Perched on the fourth floor of a beautiful brownstone in a prime Park Slope location, there is central AC/heat, a pass-through kitchen with dishwasher and good closet space. One block to the park and one block to the many shops and restaurants on 7th Ave. Pets welcome and laundry in basement