The approaching summer means vacation time for many of us, and if you’re looking to escape to the West Coast, we’ve got just the guide for you in this two-part series on Los Angeles, California.

A massive, sprawling city, LA can be difficult to navigate—especially for those of us who are used to having an accessible subway that runs all night. While LA does have the Metro, it isn’t as comprehensive as our system here in New York, so ideally you’ll want to rent a car. Still, you should try it out when it makes sense because you’ll find it’s cleaner and more mellow than its NYC counterpart.

You probably already know about the Hollywood sign and Walk of Fame, Rodeo Drive and Venice Beach, but after you’ve done the tourist stuff, there’s so much more to see in the City of Angels. We’ve created four different geographical itineraries for you to use as a base for your next vacation if you’re looking for more of an off-the-beaten-path experience. 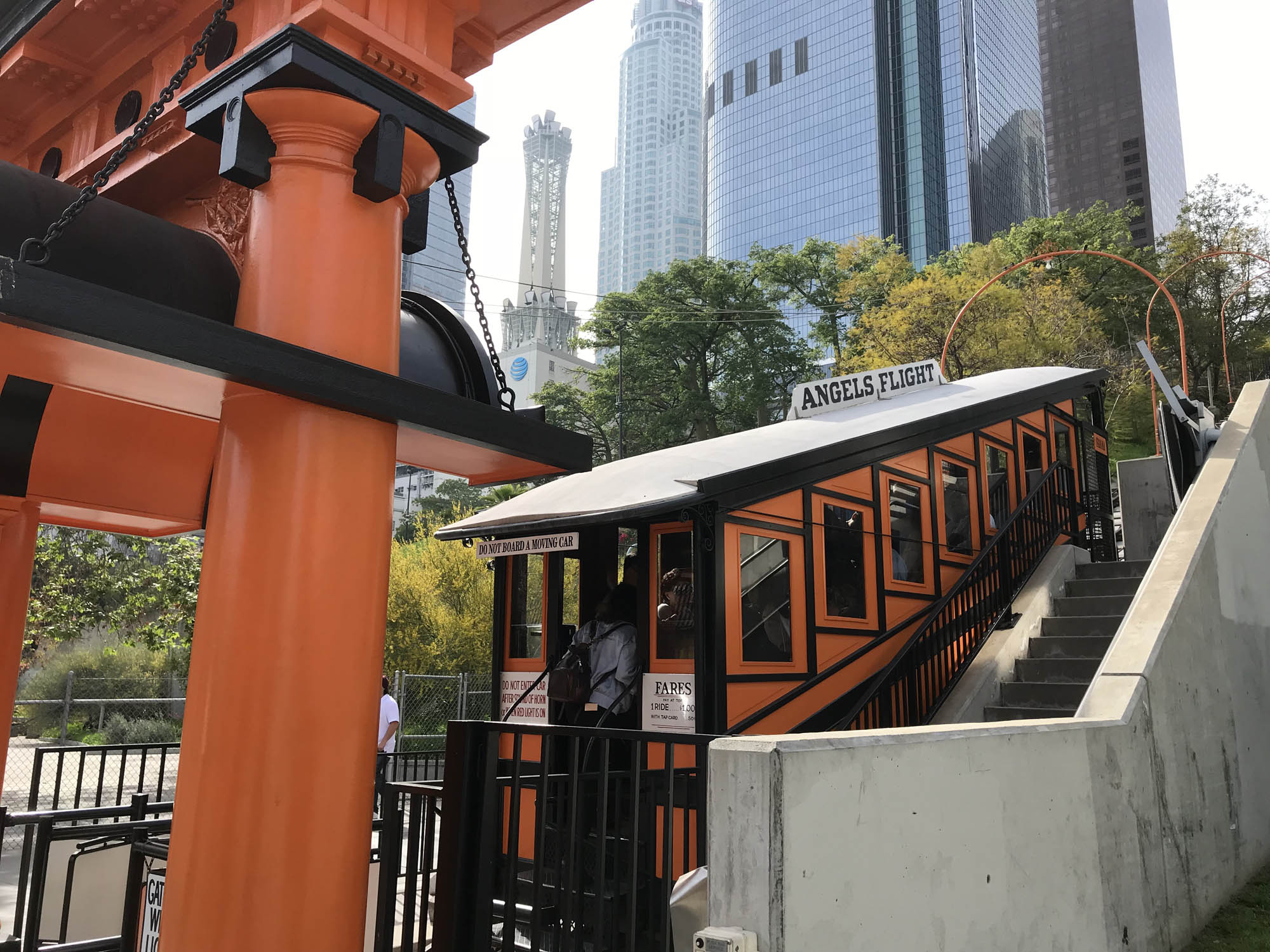 Spending a day in DTLA (LA loves acronyms almost as much as New Yorkers) is a great way to get acquainted with the city and avoid the freeway traffic since you can park and walk.

Start your day with lunch at Grand Central Market, an LA landmark since 1917. Part old-school Essex Market, part modern Dekalb Food Hall, this is an ideal spot for tasting the diverse local cuisine and getting a feel for the people. We suggest sampling a dish here and dish there. From Chiles Secos’ homemade Mexican mole and Salvadoran favorites at Sarita’s Pupuseria, to Golden Road Brewing’s vegan artichoke Buffalo wings or a Belcampo Meat Co burger, there’s surely something for everyone in your family. After lunch, make a quick stop around the corner to check out the beautiful lobby of the famous Bradbury Building that you’ll recognize from films such as Blade Runner.

Just across the street from Grand Central Market you’ll find Angels Flight, a funicular built back in 1901 and known as the world’s shortest railway. For just $1 per person you can take a quick ride uphill. From there, stroll over to The Broad, a free contemporary art museum. Sometimes there can be a bit of a line, but there are often ice cream vendors nearby so you can keep yourself occupied. After your museum fix, head next door to admire the striking Frank Gehry-designed Walt Disney Concert Hall, home of the renowned LA Phil. 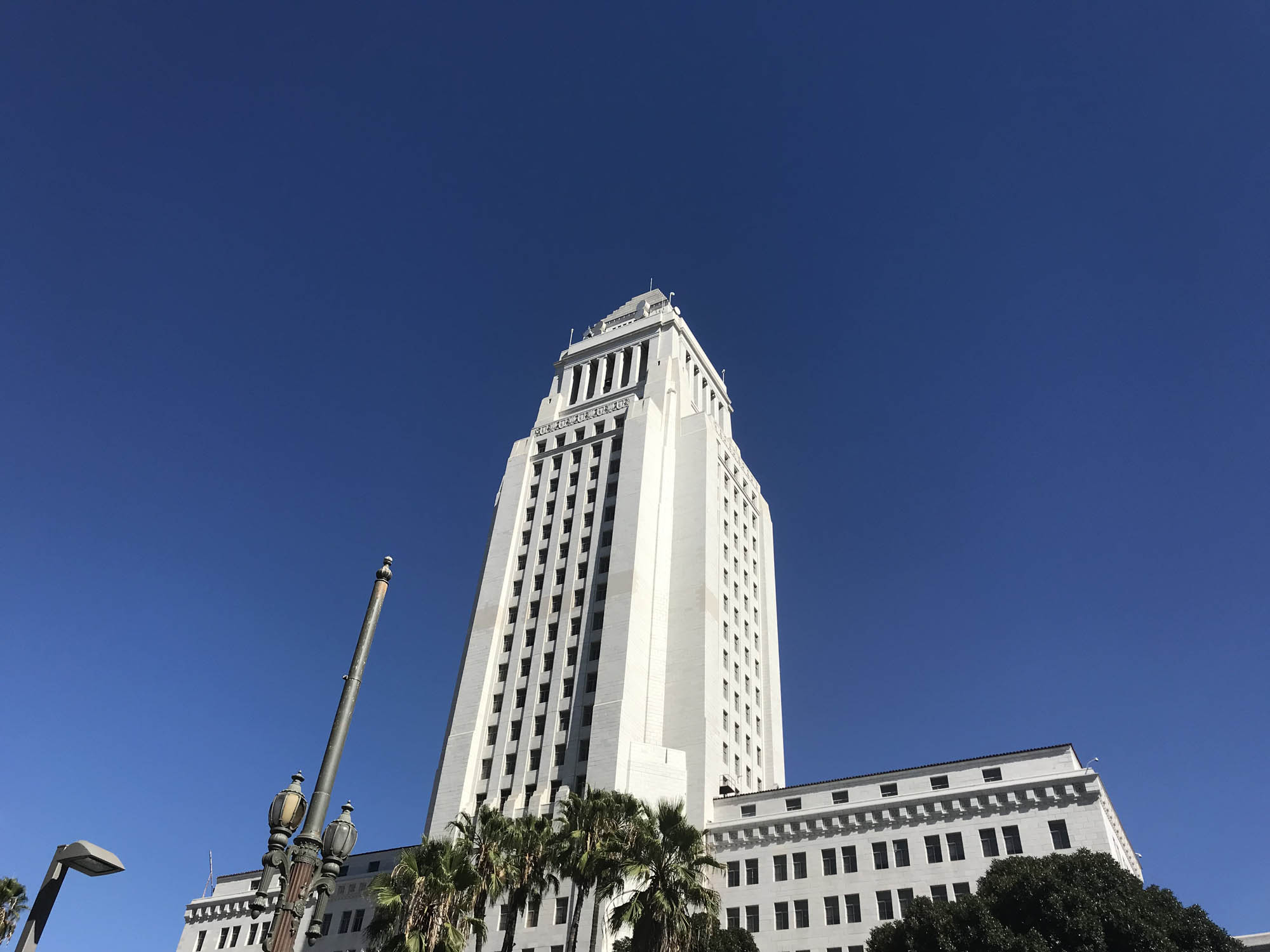 Caddy corner is Grand Park, where there are often family-friendly events scheduled. Walk through the park towards Spring Street and you’ll end up at LA City Hall. It’s free to enter and during business hours you can head right to the rooftop for fantastic 360 views. Work your way down and wander through the halls to see the impressive photo exhibit highlighting LA’s iconic past.

Stop at a hip DTLA restaurant for dinner then take a short drive to Chinatown Central Plaza where you can view the plentiful neon while exploring on foot and wandering around the surrounding streets.

Weekend Pick: On the weekends ROW DTLA in the Arts District is a fun place to shop among Angelenos. You’ll also find Smorgasburg LA there on Sundays in case you’re missing New York. And if you have some free time, take a walk or drive around the area to admire the stunning street murals. 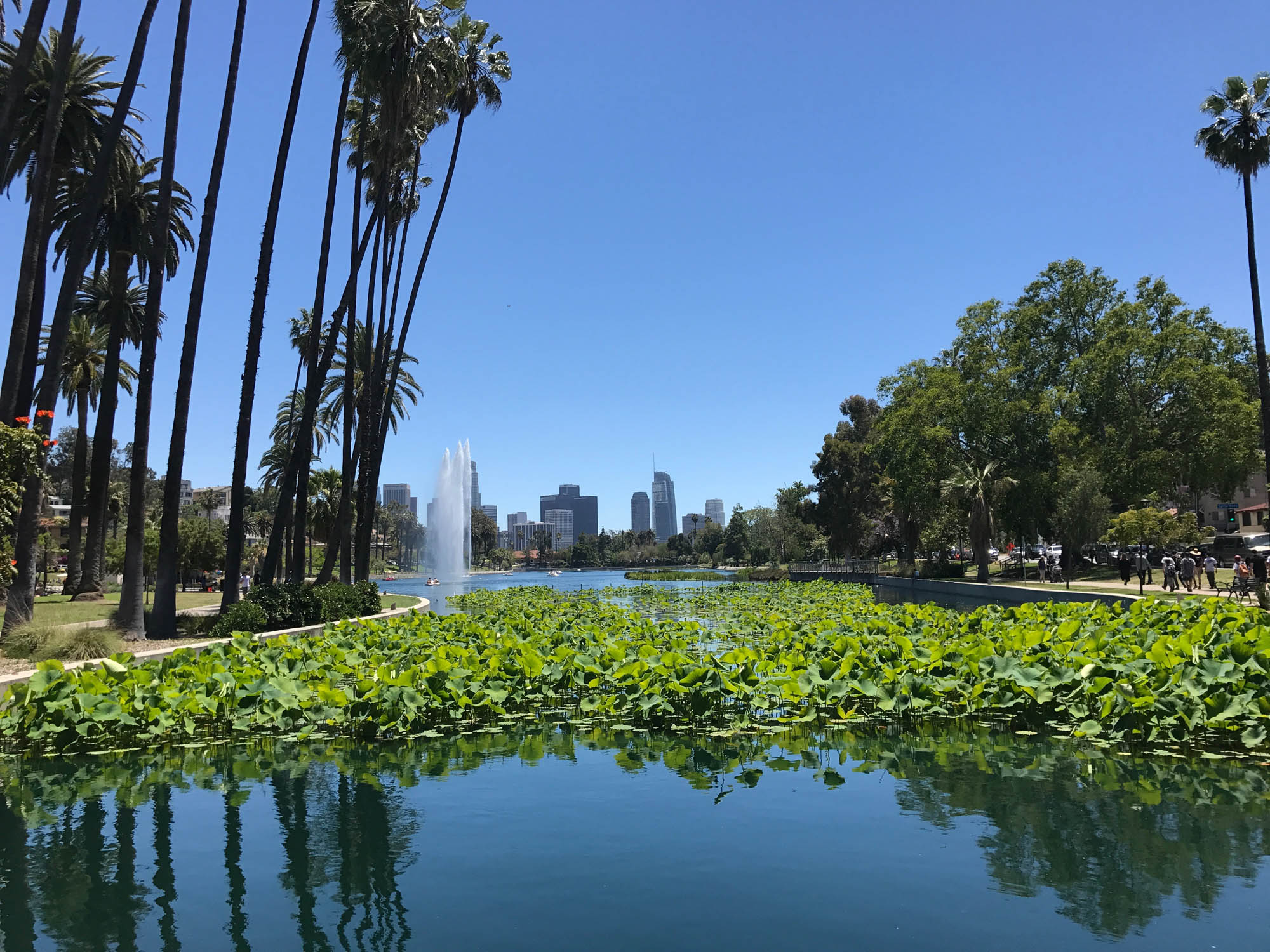 Start off your day with a savory breakfast taco at HomeState or burrito at Tacos Villa Corona, or opt for some Kettle Glazed donuts. Head to Echo Park Lake for a peaceful walk and rent a swan paddle boat to get the full experience. Check out the nearby boutique shops and restaurants that line Sunset Boulevard through Echo Park and Silver Lake, or on Vermont Avenue in nearby Los Feliz.

Barnsdall Art Park is a must for any architecture enthusiasts in the family, who can tour Frank Lloyd Wright’s famous Hollyhock House. Afterwards, relax on the lawn and enjoy the views of the downtown skyline and Hollywood. 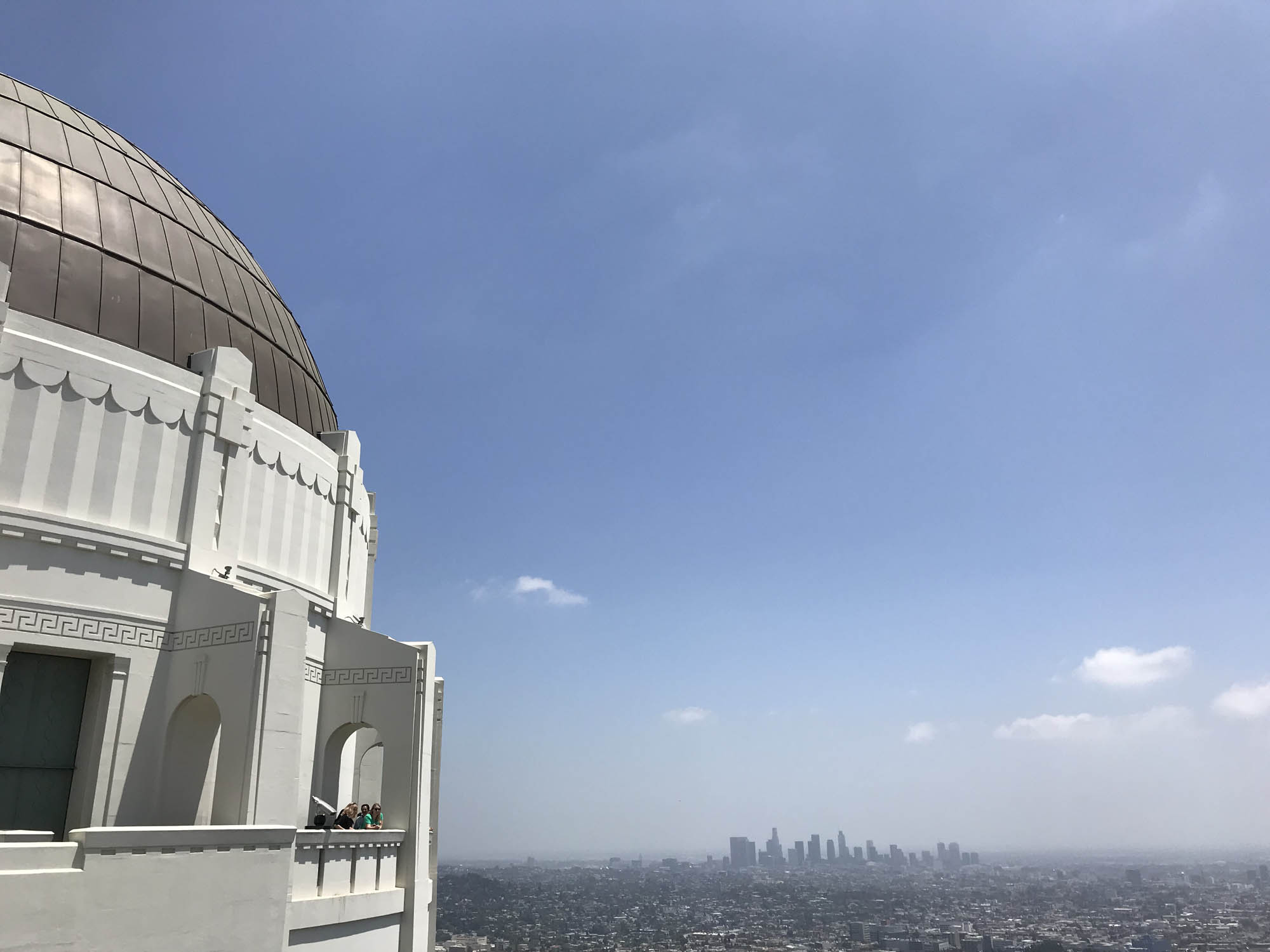 Take a drive or hike up to Griffith Observatory where you can catch a planetarium show, stroll the grounds and take in the picturesque views. A bit farther west you can stop by the Original Downtown Farmers Market, which has been around since 1934. Though not so off-the-beaten path, The Grove is adjacent if you’d like to get your shopping fix. For a more boutique shopping experience, head to Melrose Avenue where you can park and walk among the vibrant street art and vintage shops. Do yourself a favor and get a slice of cake at Sweet Lady Jane too.

Depending on when you’re in town, you might want to peruse the Hollywood Bowl calendar to see if there’s a good show happening. There are a number of charming historic theatres where you can see films, plays or other performances as well.

Stay tuned for our Coastal LA and Foodie Treks itineraries in our next post.