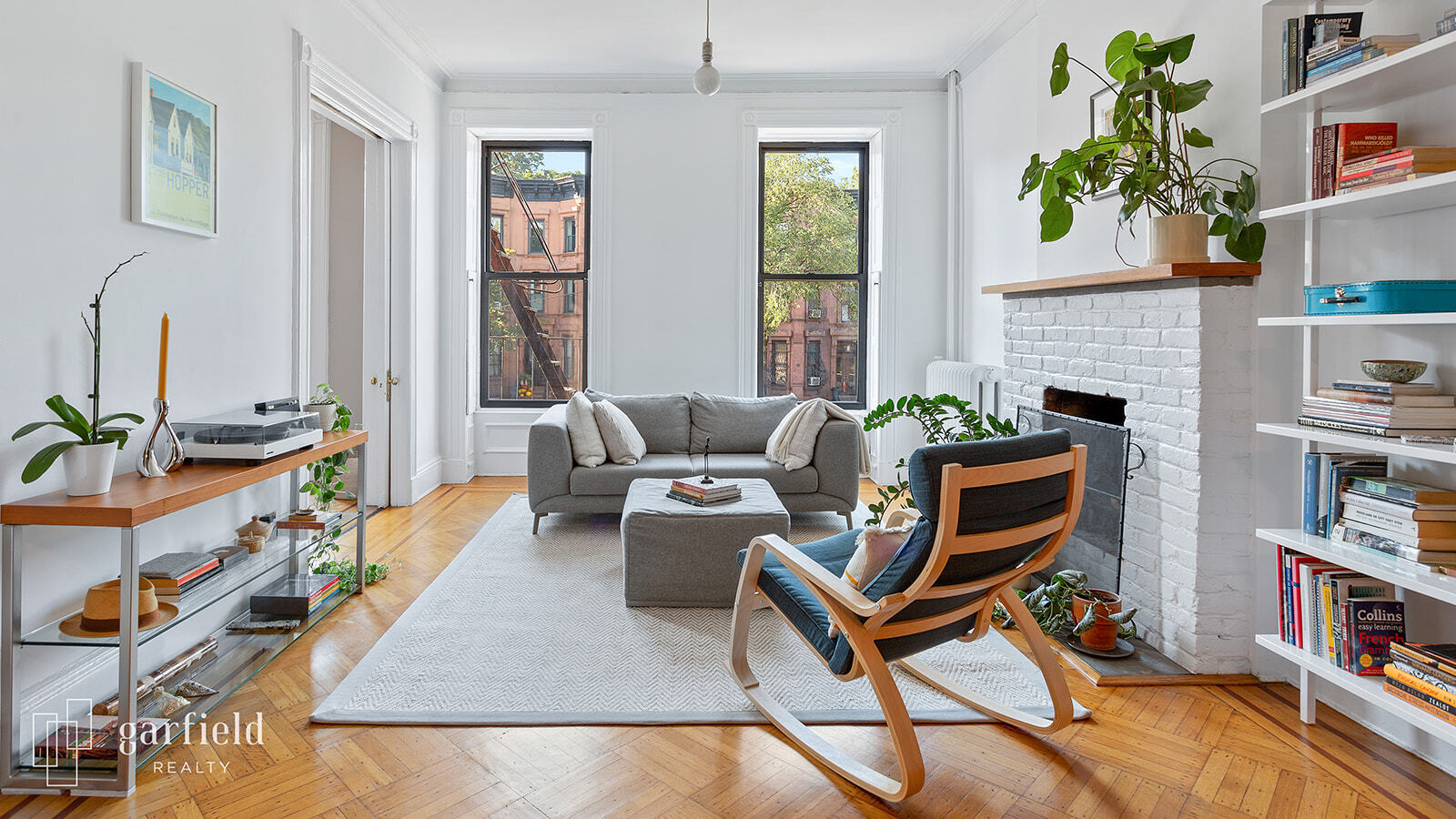 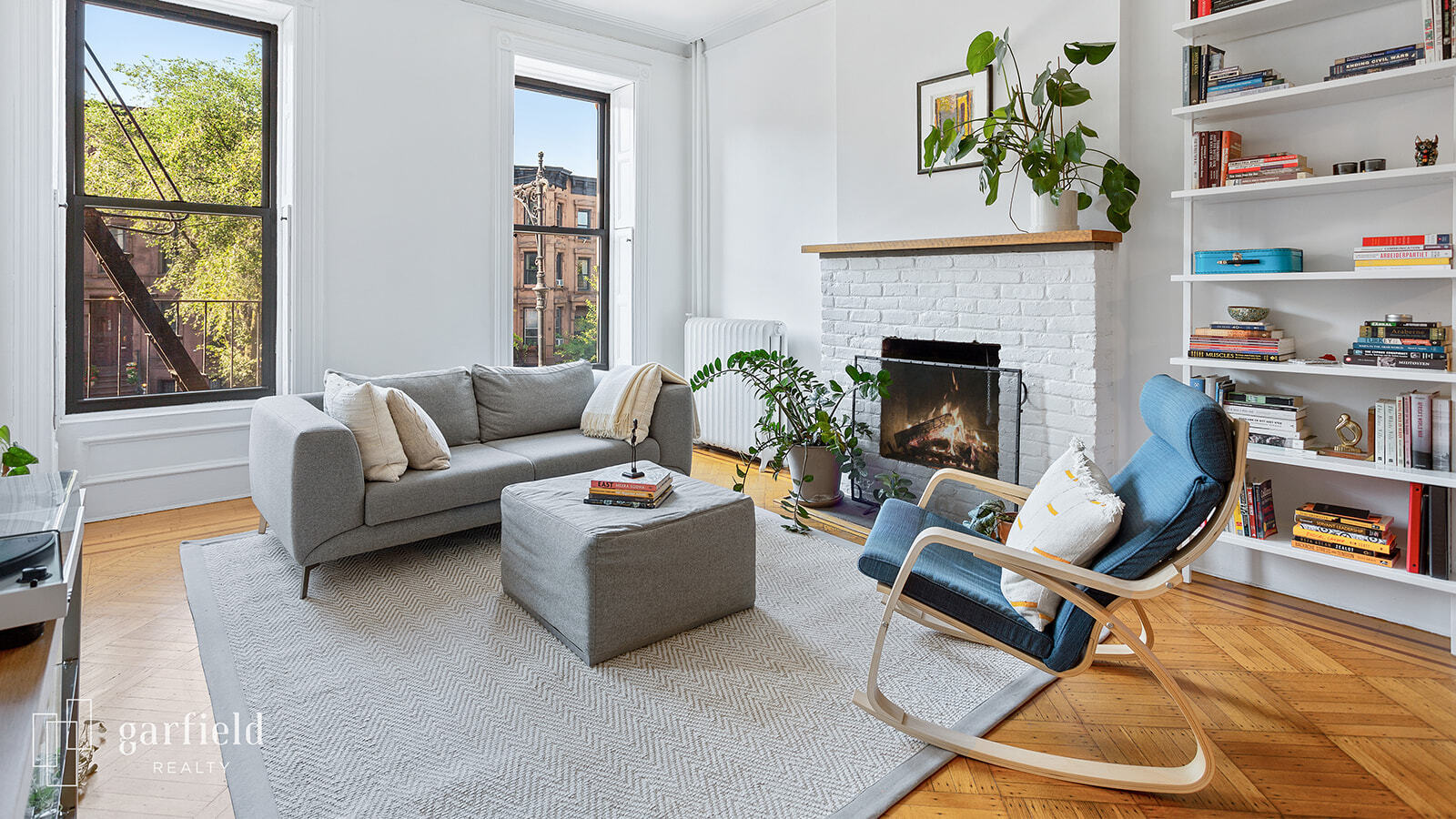 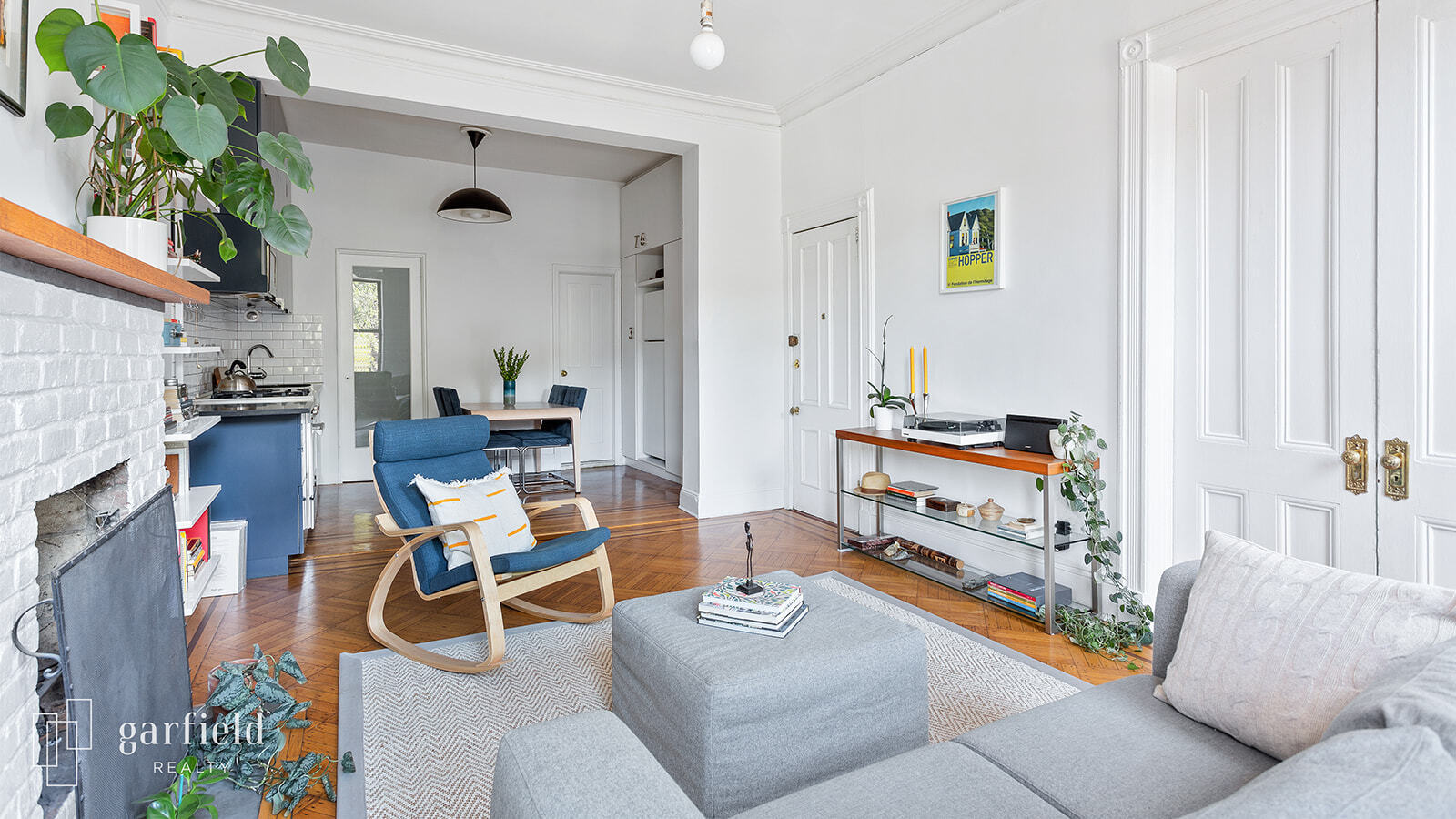 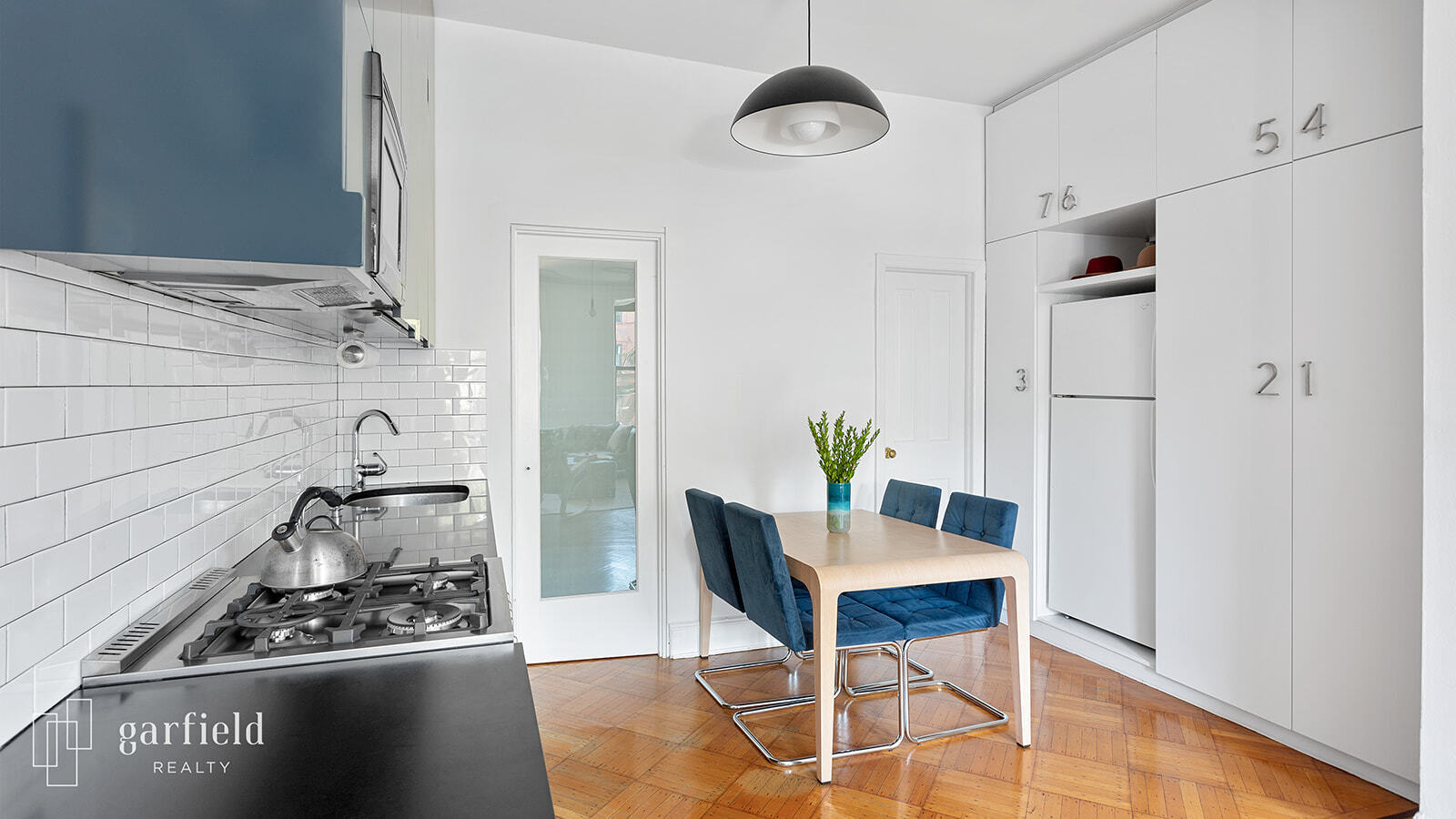 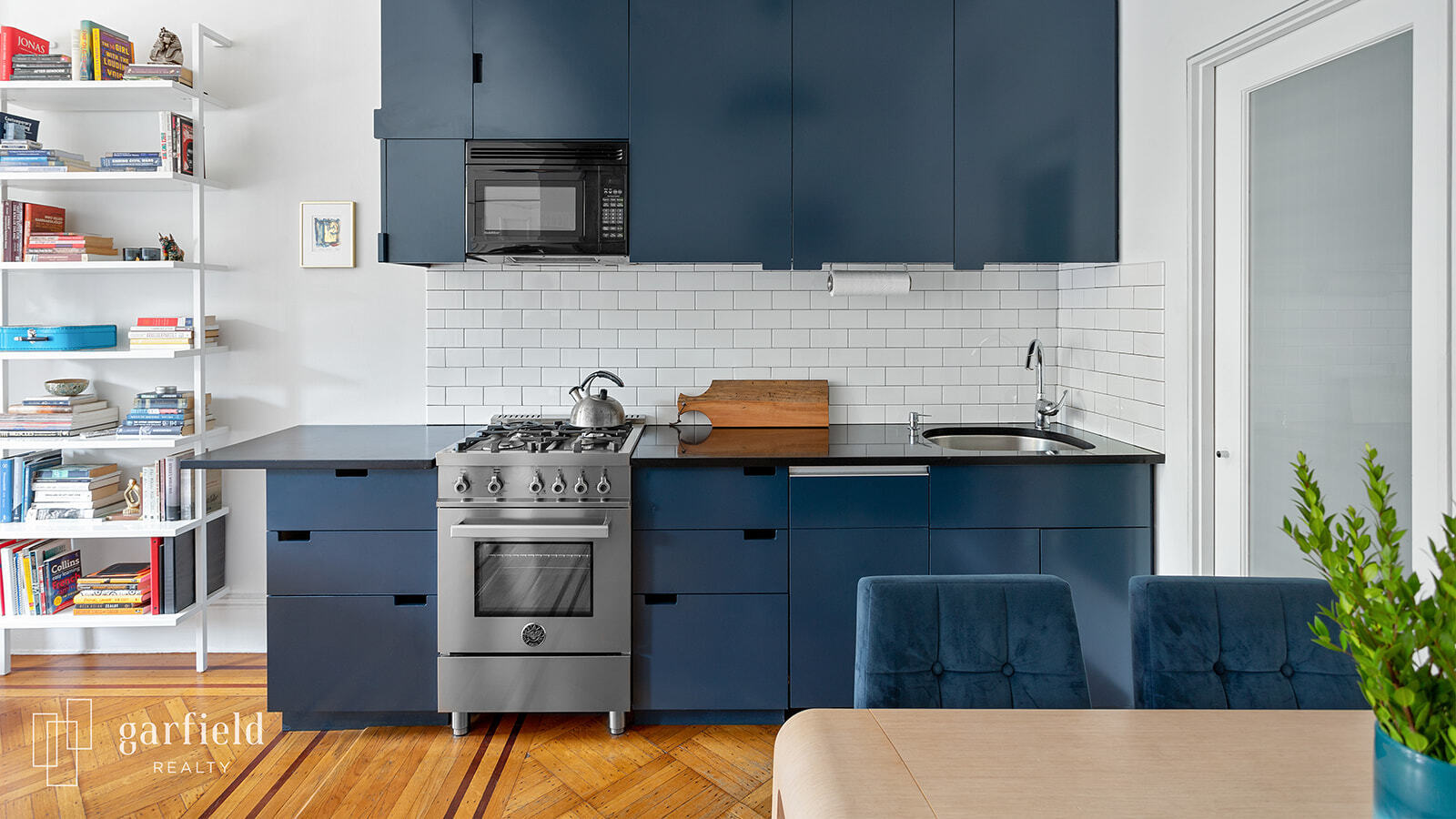 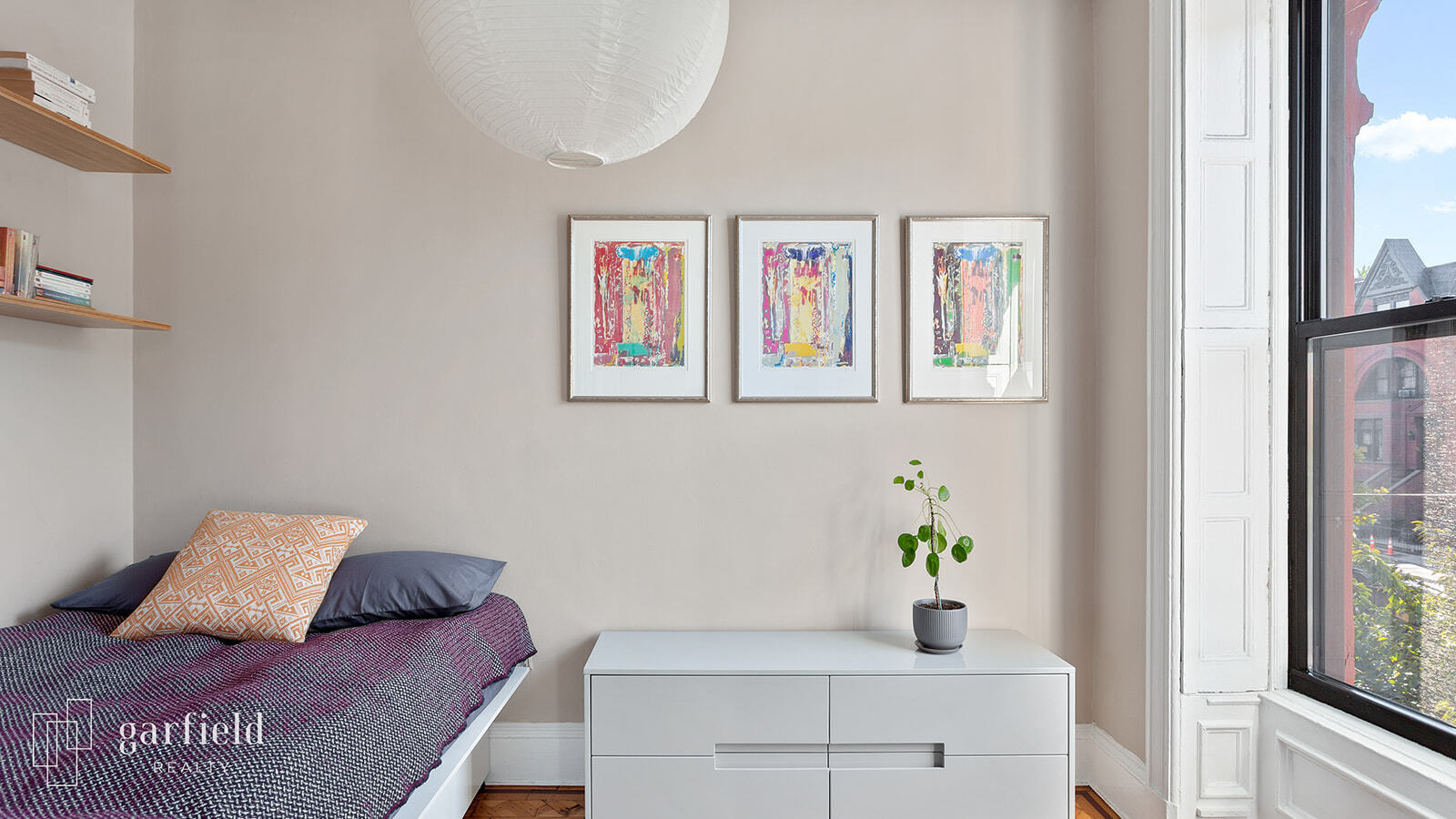 A sublime, architect-designed renovation elevates this classic one bedroom co-op to the must-have category. Located on the second floor of a historic center-Slope brownstone, every orchestrated detail is enhanced by the ten and a half foot ceilings, gorgeous parquet floors, and light streaming in from three tall, south facing windows.

Two walls of custom kitchen cabinetry delineate the dining space, providing tons of storage along with a feeling of expanse and whimsy. Black granite counters, a Bertazzoni range with recirculating microwave above, and concealed dishwasher deliver optimal form and function. A large walk-in closet is situated behind a frosted glass door, encompassing the original kitchen footprint. The use of space is ingenious and original.

The lofty living room, serene and welcoming, is centered around a wood-burning fireplace with white brick and reclaimed wood mantle. Through original pocket doors, the bedroom has a custom designed platform bed with rolling storage drawers tucked beneath. The bathroom features slate-grey subway tile, high end Kohler fixtures, and custom vanity and shelving.

This self-managed, well-run co-op has bike and bulk storage in the basement, low maintenance, and accepts pets on approval. The location is prime: steps from the subway at 7th Ave, an easy, short walk to Prospect Park and all the culinary and shopping delights that this desirable neighborhood has to offer. 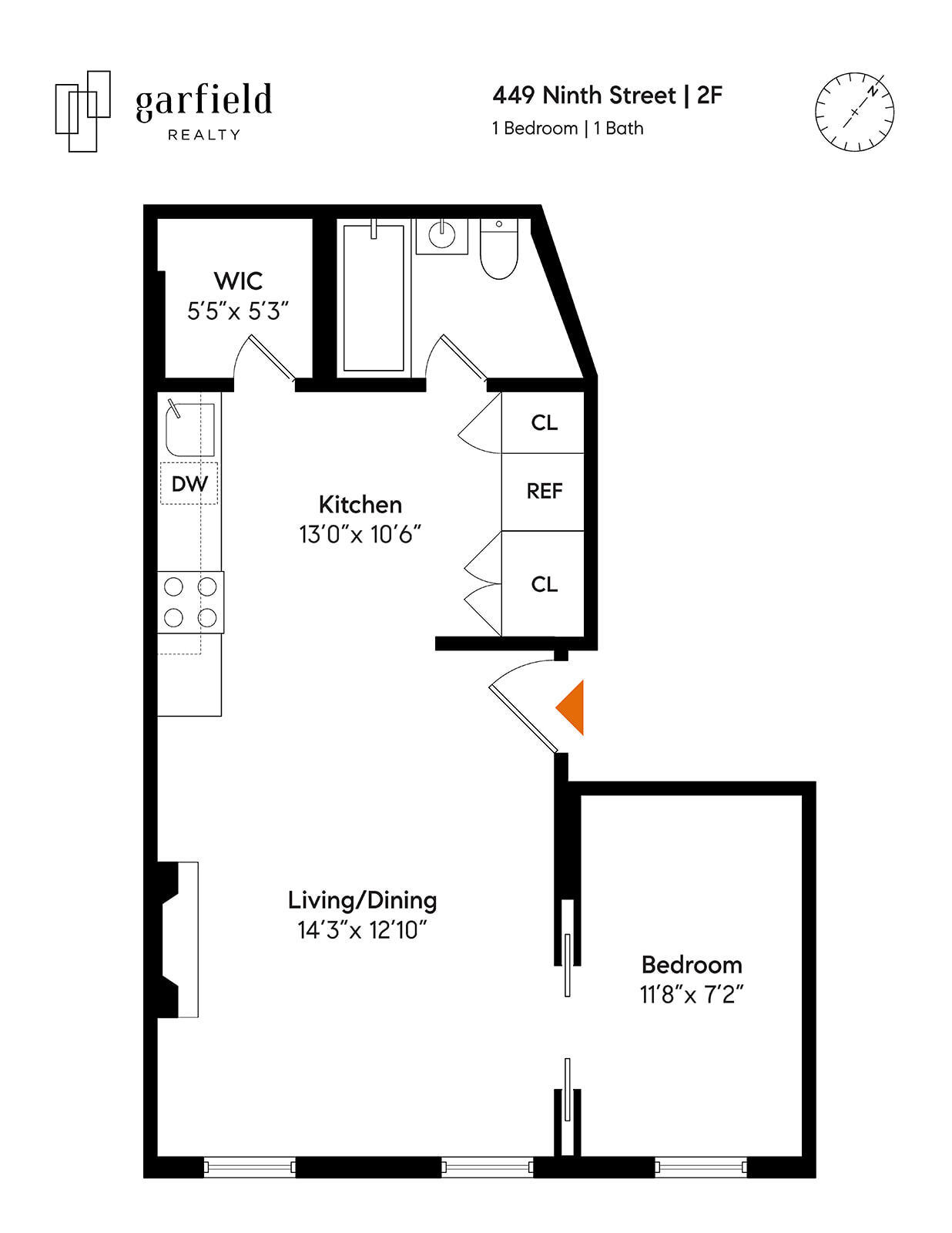