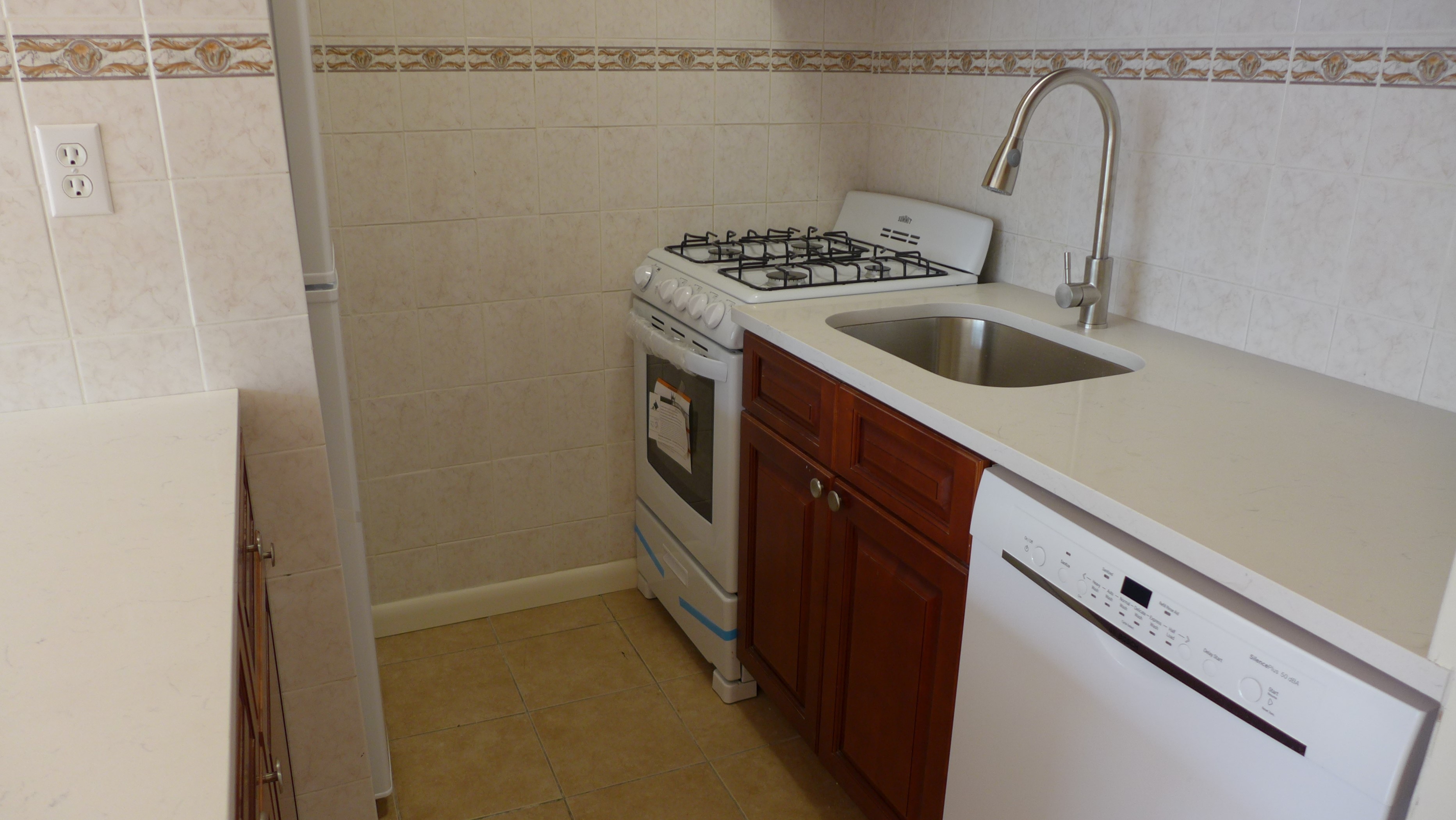 This oversize loft-like studio has been fully updated and offers a separate kitchen with tasteful quartz countertops, cherry cabinets, a breakfast counter, and new appliances, including a Bosch dishwasher. The living area can accommodate living, dining, and sleeping. There is also a newly renovated crisp white tiled bathroom with a tub. A dressing area with two large aromatic cedar closets sits outside the bathroom. The sun-drenched west-facing apartment features hardwood floors, a new air conditioner, a ceiling fan, high ceilings, and a video intercom system. There is also direct access to a tremendous shared deck.

Located on the second floor of a building across from the hospital and just two blocks from the F/G near numerous shops, restaurants, and cafes, and close to Prospect Park, the Center Slope location is enjoyable and convenient. There is a live-in super, as well.