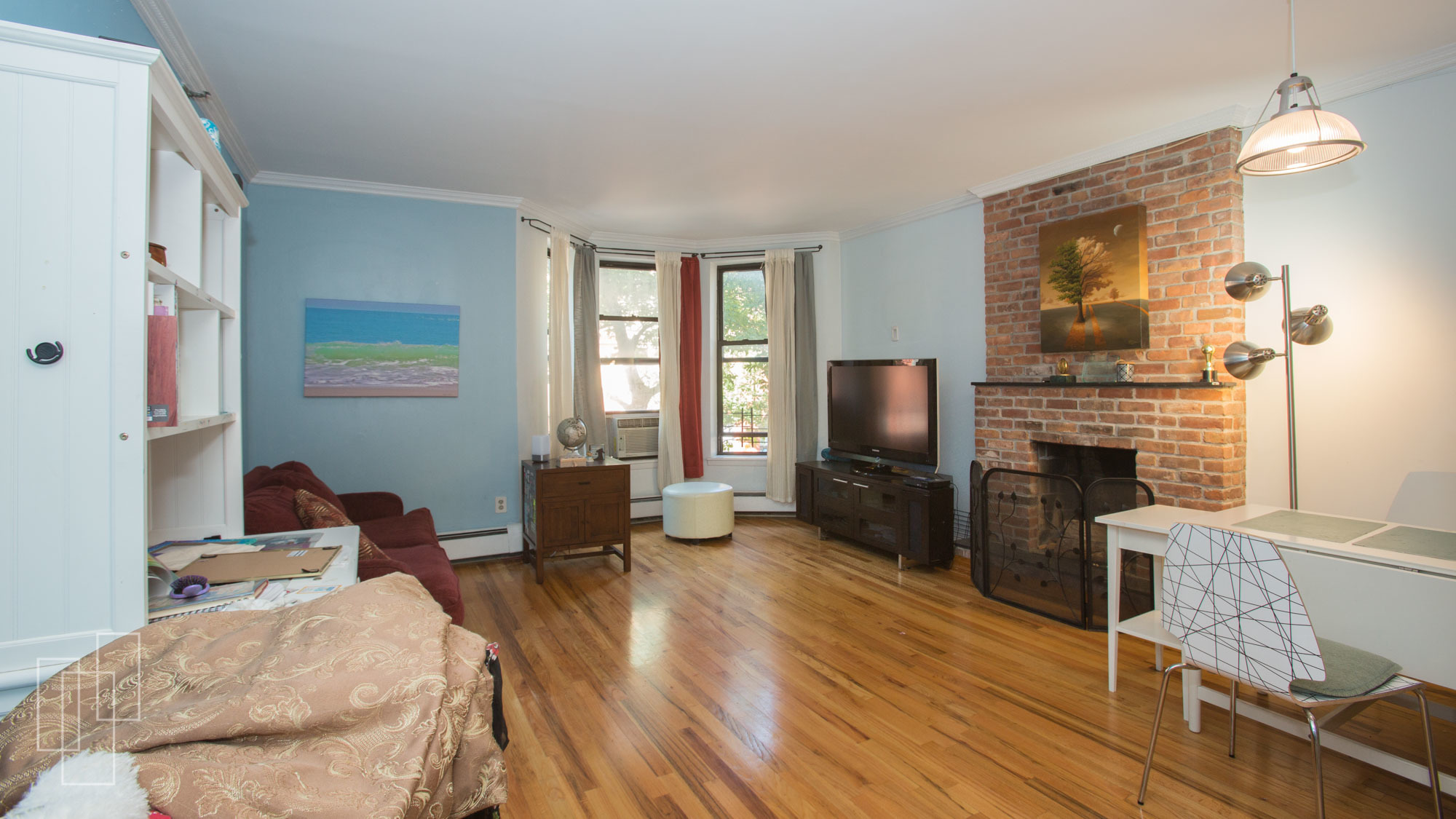 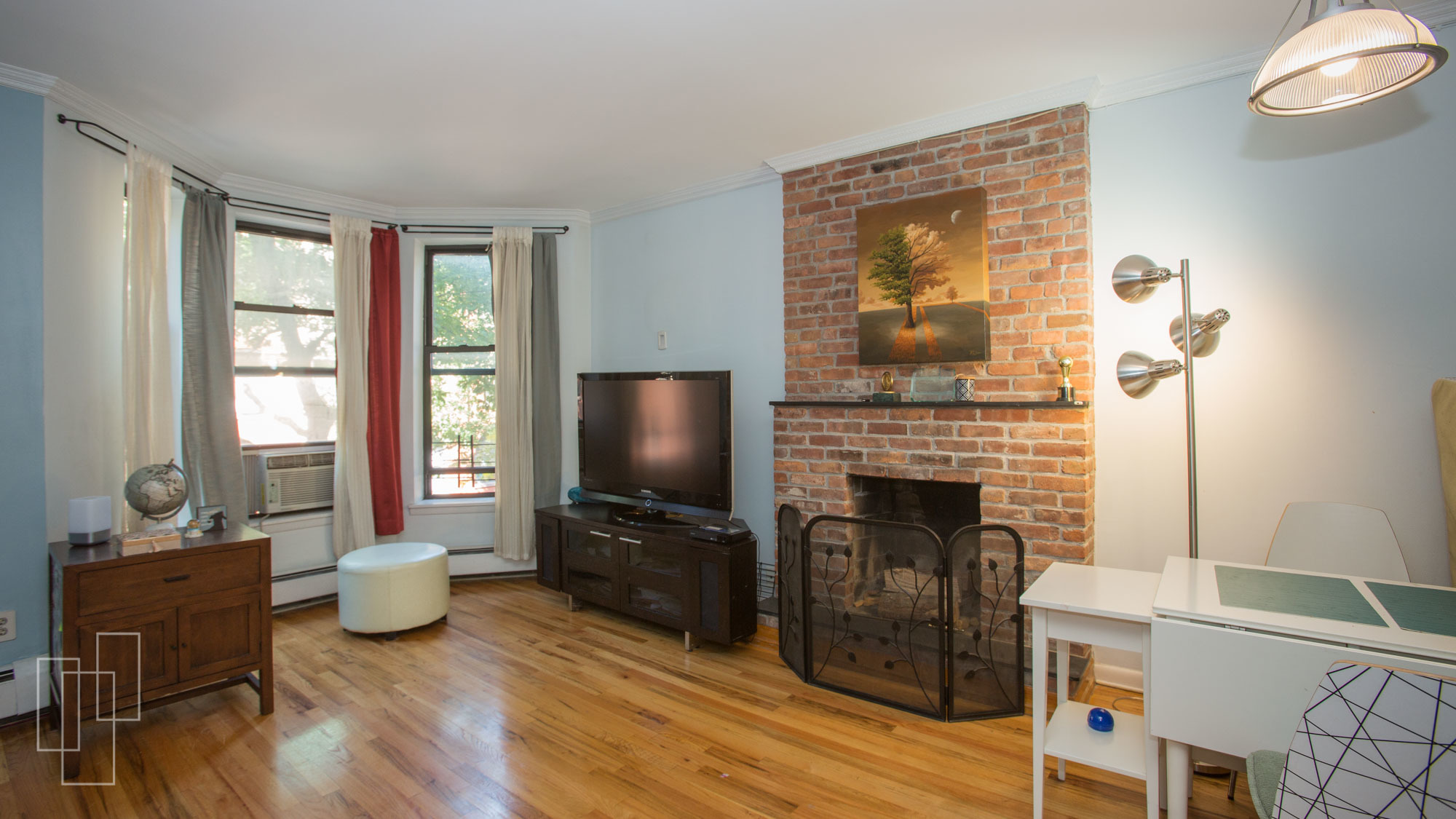 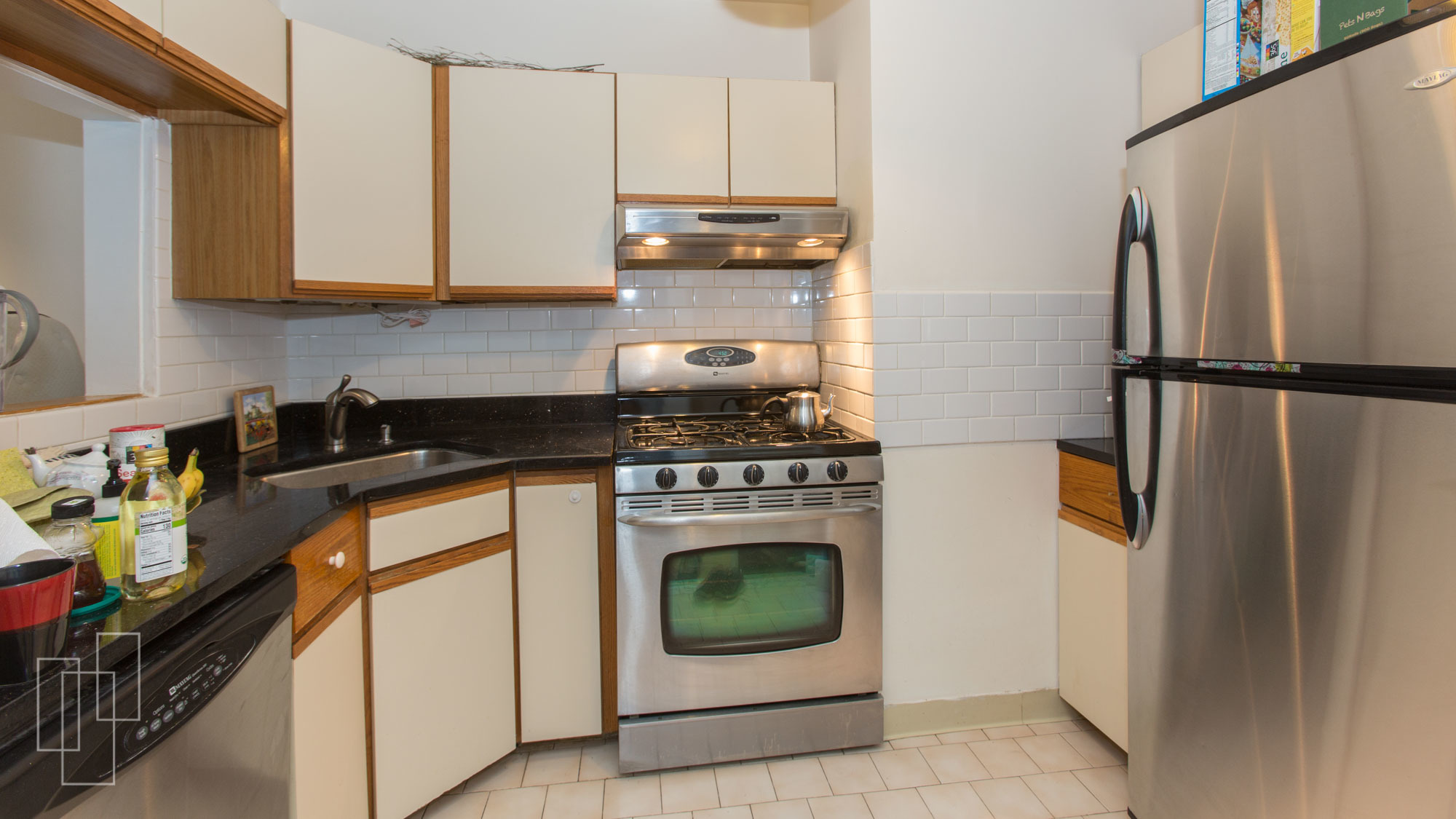 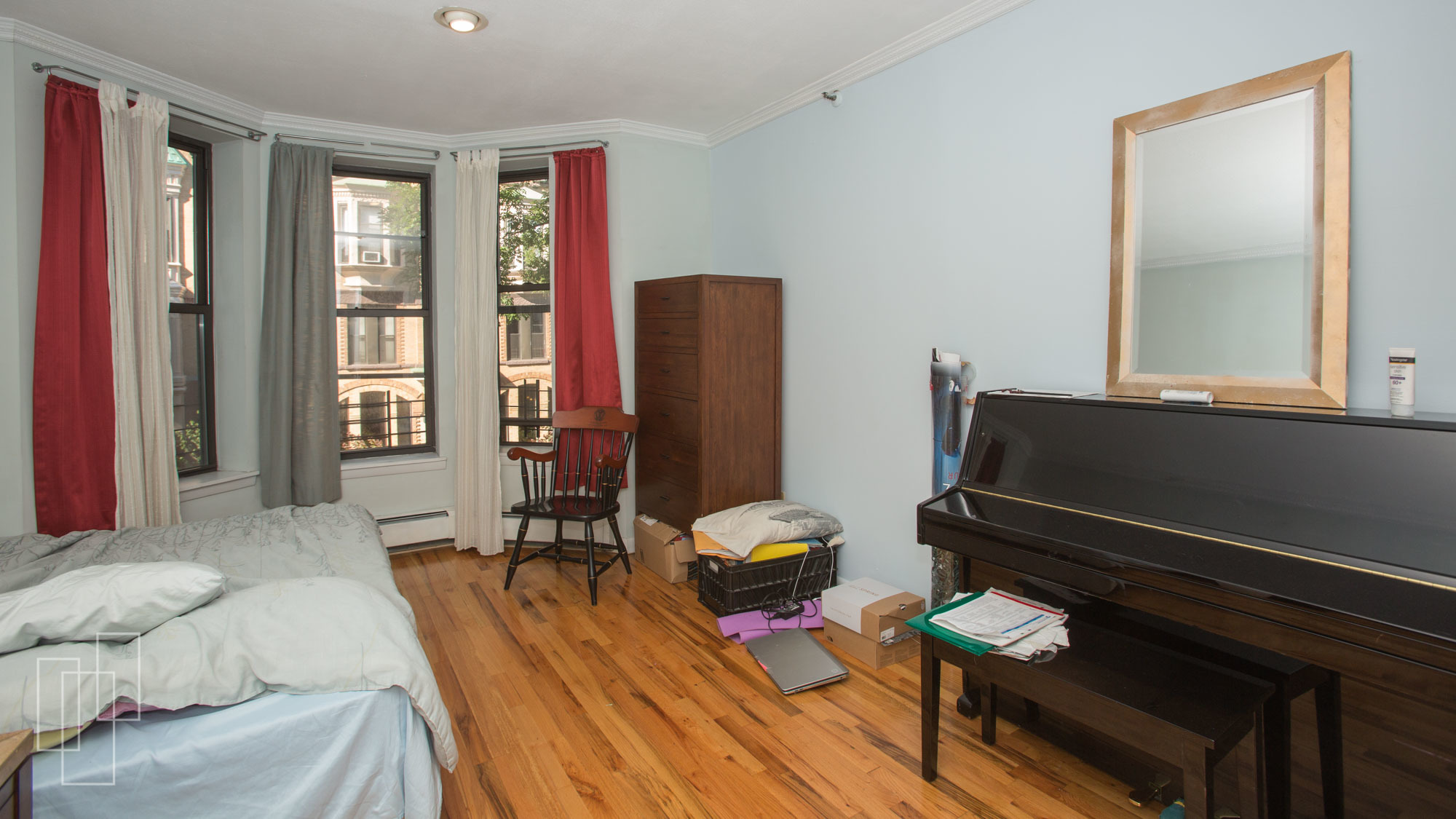 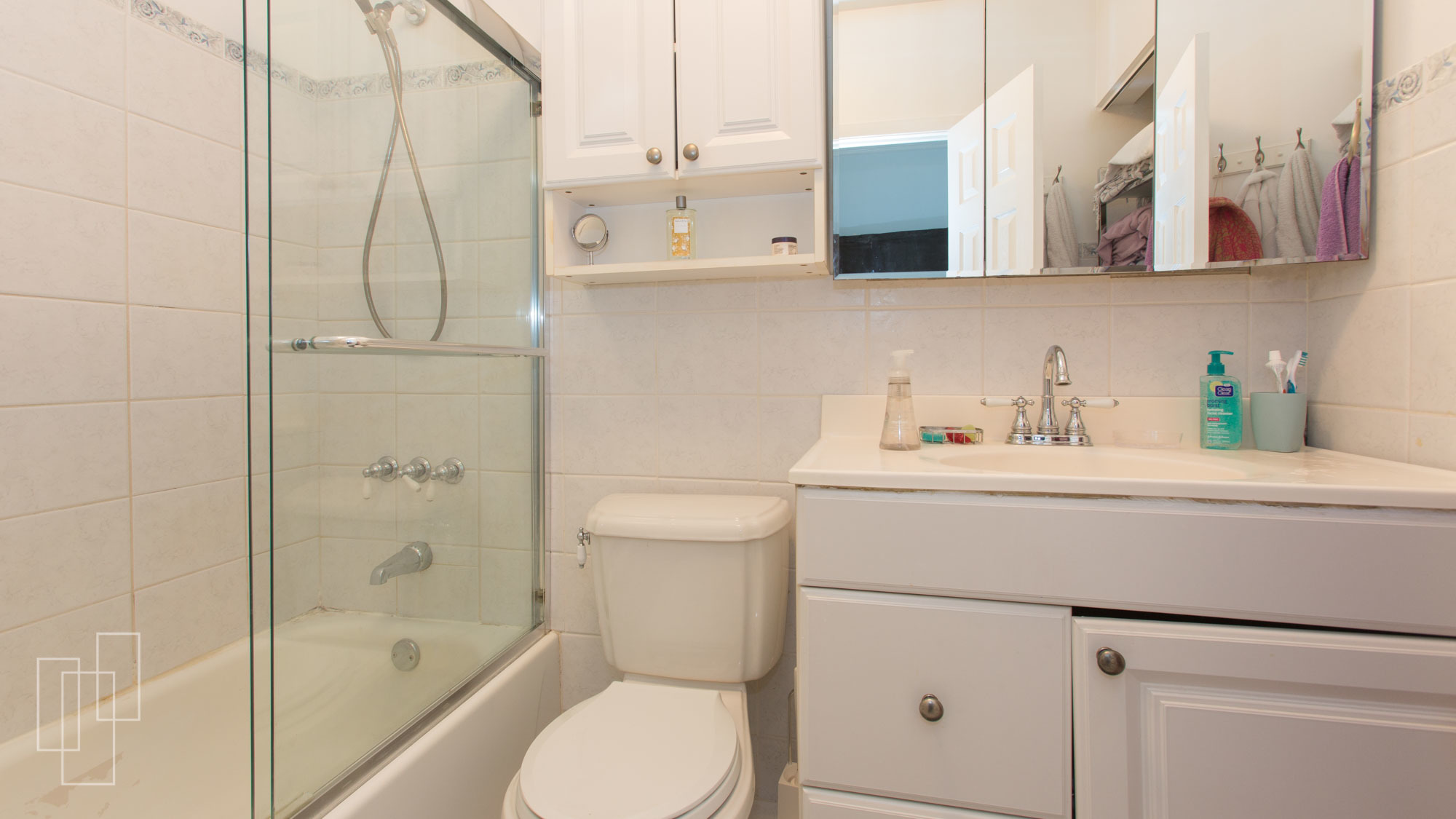 This exceptionally spacious and airy 1BR/1BA consists of a generously-proportioned living/dining area with bay windows to let in natural sunlight and, the centerpiece of the room, a romantic wood-burning brick fireplace with mantle. The L-shaped kitchen offers granite countertops, stainless steel appliances, including dishwasher, and a classic subway tile backsplash. A hallway with two large closets leads to the king-size bedroom, also with bay windows and a sizable closet. The space boasts hardwood floors, moldings, and high ceilings. An air conditioning unit will be included.

The Garfield Regency is a professionally-managed pre-war elevator condominium that provides residents with a common laundry room on the first floor and a video intercom system and is conveniently located on a tree-lined Center Slope block just steps from the conveniences 7th Avenue, Prospect Park, and multiple transit lines.

Pets allowed with approval from the board. Heat, hot water, and gas included. Available July 5th.