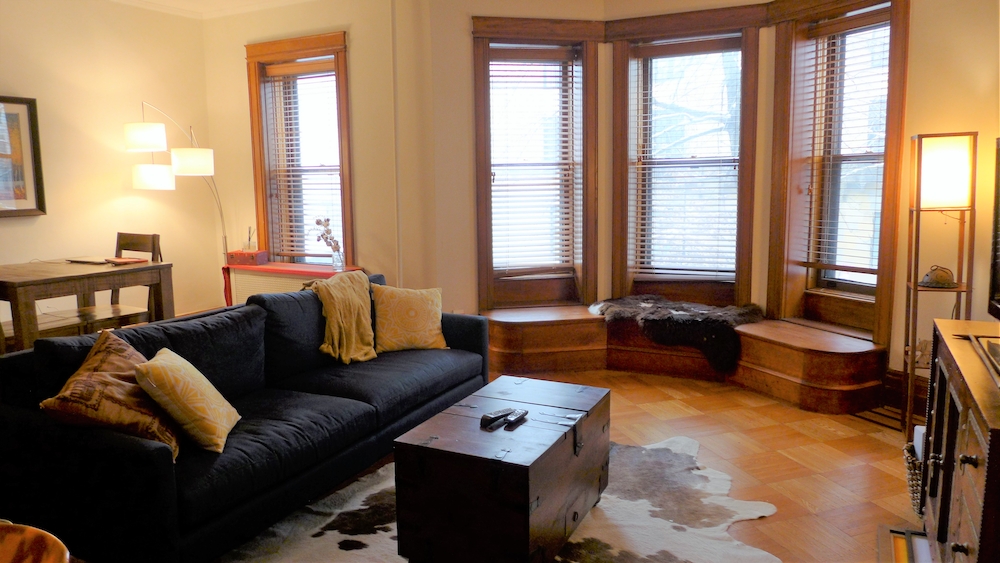 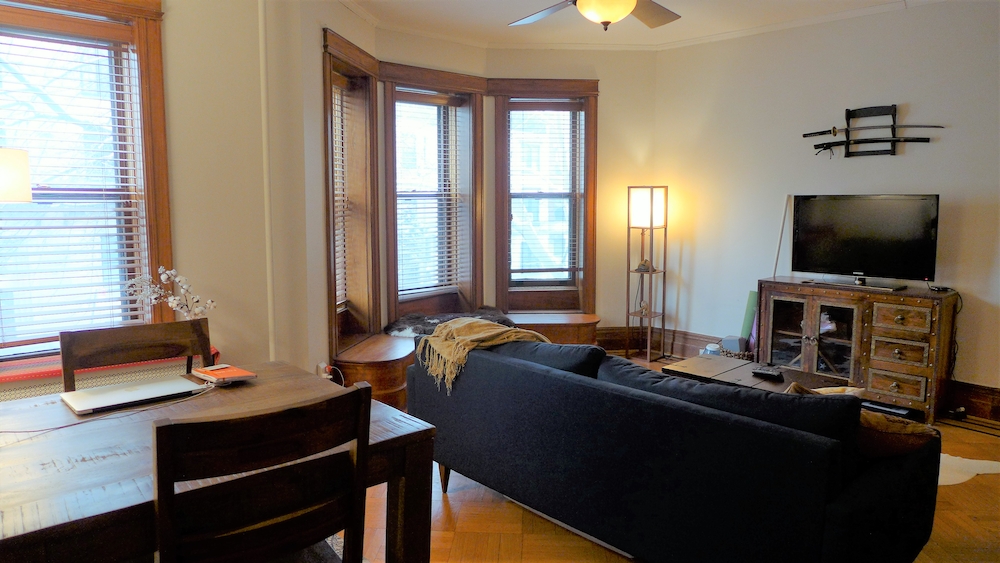 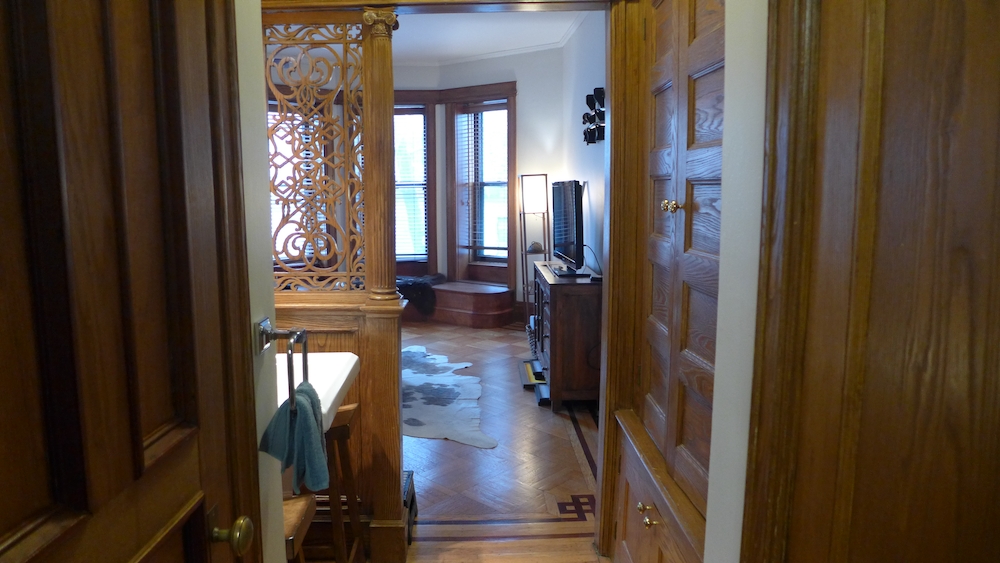 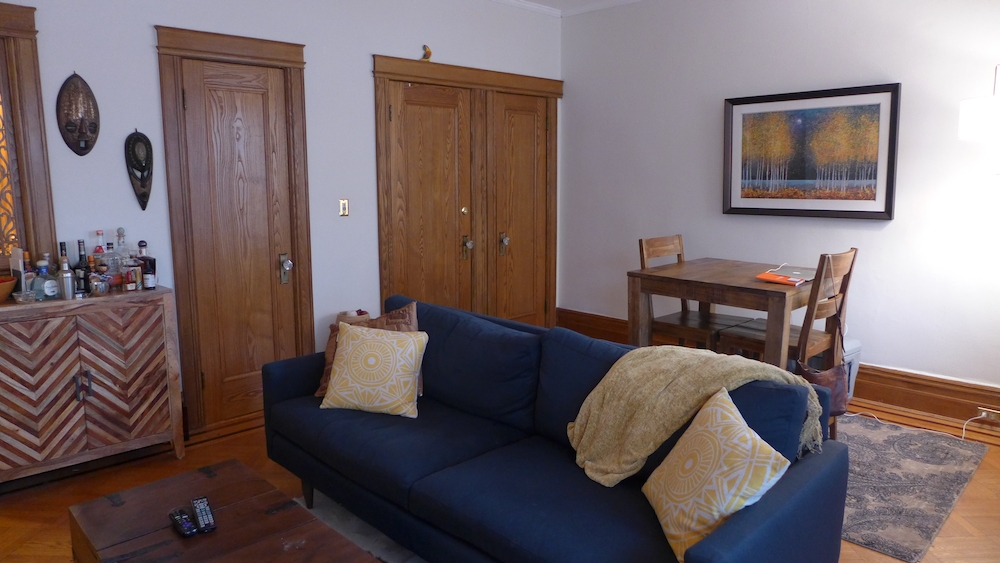 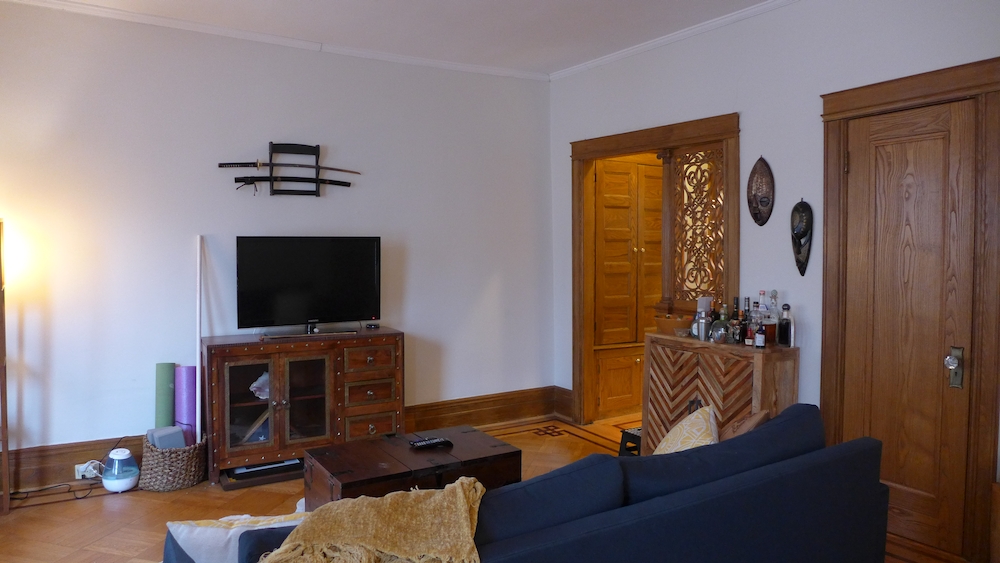 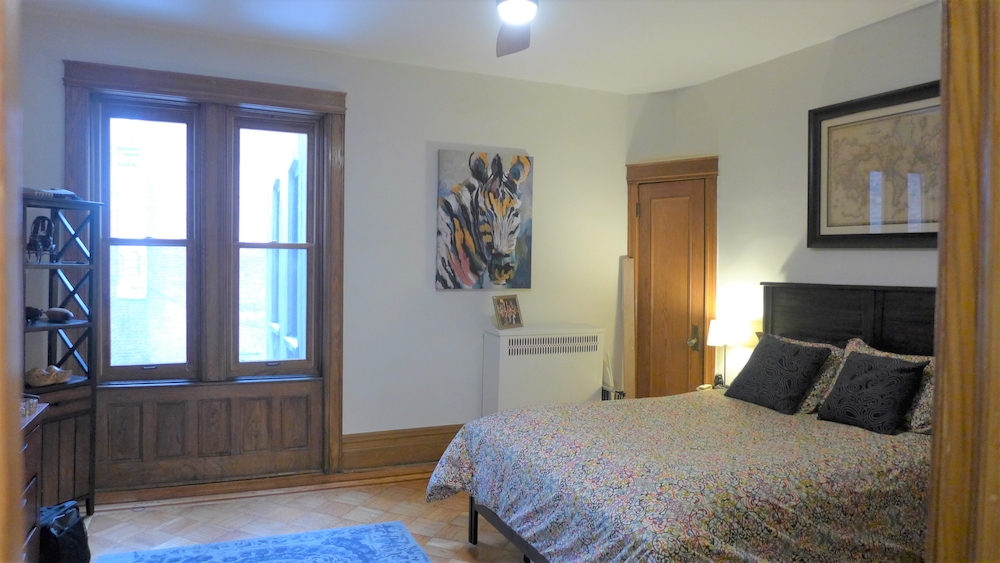 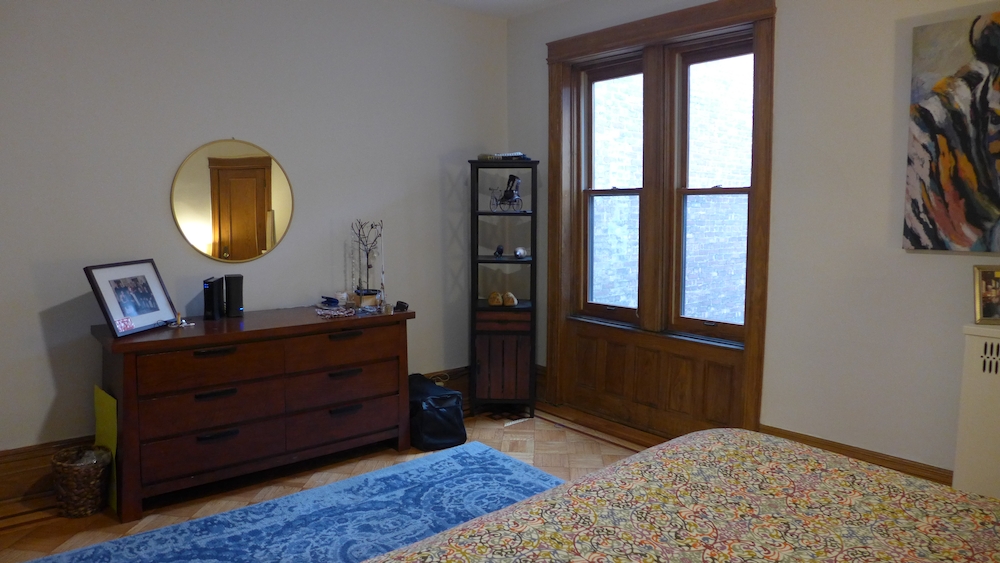 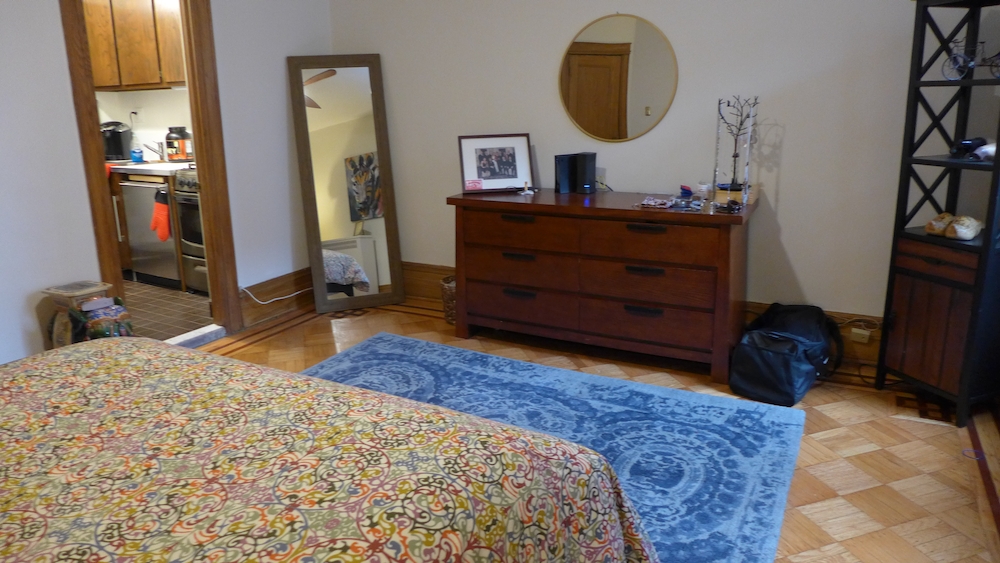 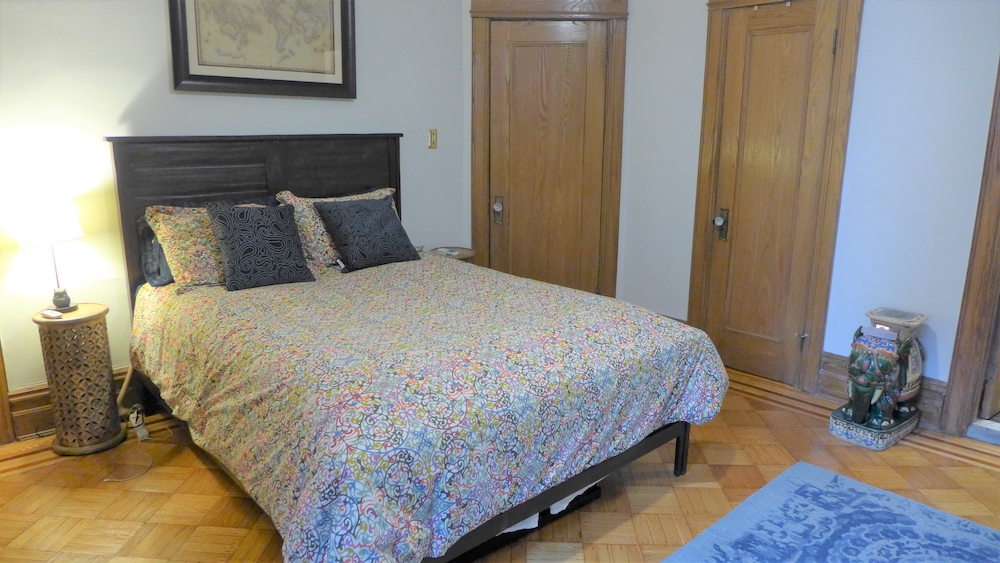 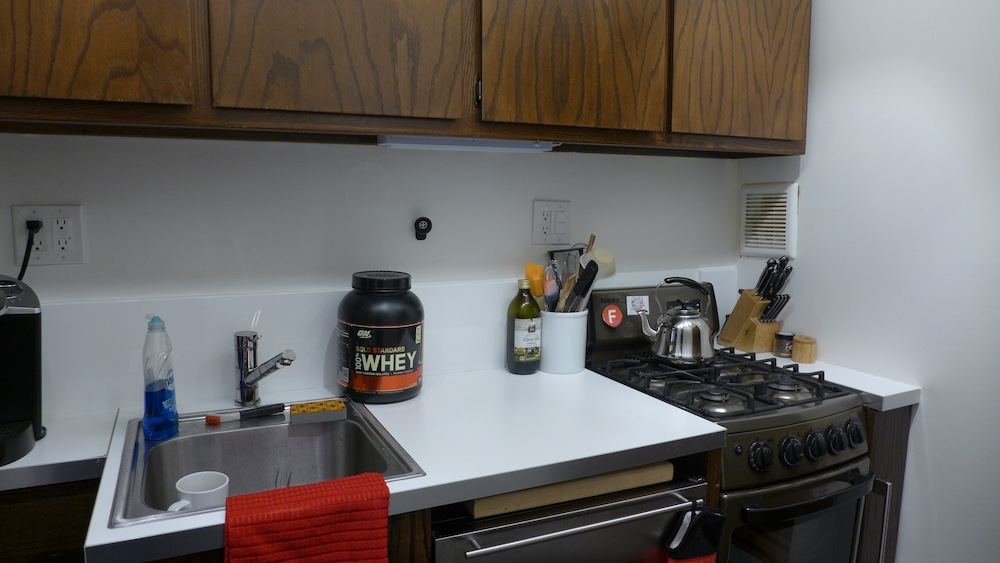 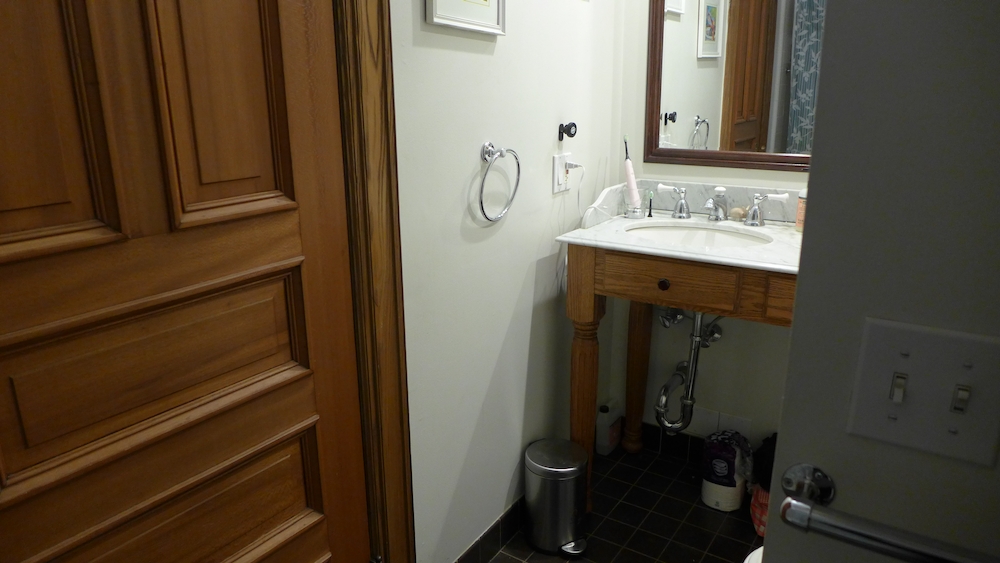 Dripping with elegant period charm, this pristine Center Slope 1BR/1.5BA boasts historic details such as original inlaid parquet floors, intricate woodwork, built-in cabinets, high ceilings, and more. Living space is plentiful with a graciously proportioned sun-drenched west-facing living room with four windows, including bay windows and a cozy window seat and a dining nook and a ceiling fan along with a king-size bedroom with a designer ceiling fan. There is a kitchenette with a stainless steel range and under-counter refrigerator along with a full updated bathroom with an oversize marble vanity and an additional water closet with a pedestal sink in the hallway. Storage is abundant throughout the inviting apartment.

Positioned on gorgeous 8th Avenue in the heart of the Park Slope Historic District, the meticulously-maintained owner-occupied limestone is just one block from Prospect Park in one direction and one block to the amenities of 7th Avenue in the other. Multiple transit lines that include the B/Q and the 2/3 are a short distance away.